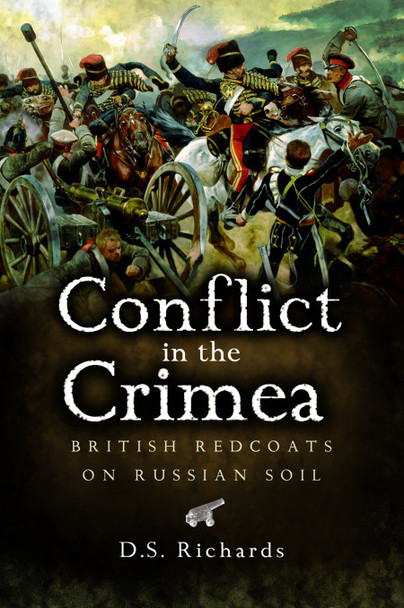 Conflict in the Crimea (Paperback)

Add to Basket
Add to Wishlist
You'll be £14.99 closer to your next £10.00 credit when you purchase Conflict in the Crimea. What's this?
+£4.50 UK Delivery or free UK delivery if order is over £35
(click here for international delivery rates)

The author relies to a great extent on contemporary accounts of a large number of British men - and women - who were unwittingly caught up in this appalling war. As well as surviving the efforts of their determined enemy, the Russians, they had to overcome the harshest weather, rampant disease and woefully inadequate administrative support. As revealed to a shocked nation by the first war reporters, medical care was largely non-existent and wounded faced the trauma of being left for days without medical attention. This was where Florence Nightingale came in. Battles were prolonged, desperate and hugely costly. The Crimean War was the catalyst for the modernisation of the Army, due to the disgraceful injustice of conditions and lack of leadership and care by many in authority.

"The book's strength resides in the variety of excerpts from British letters, clippings, and journals, with occasional interspersed Russian and French source material. You get a real sense of the miserable conditions of the front-line soldiers and the horrors of the logistical systems."

Don Richards is a published author and historian and The Peninsula Years was published by Pen and Sword.