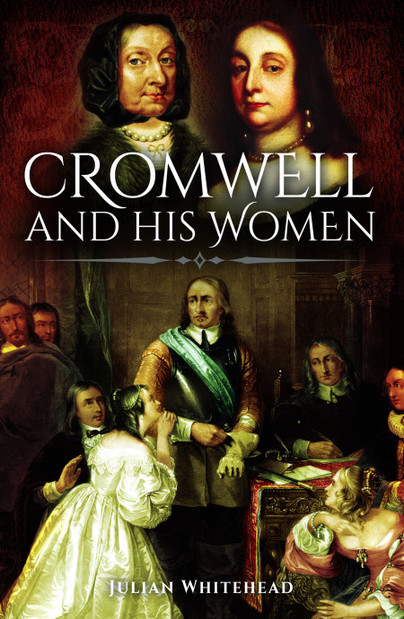 Cromwell and His Women (Paperback)

'Viewed through the eyes of his women, Oliver Cromwell emerges as an altogether more complex, sympathetic and human figure than history has tended to portray him as. This beautifully written and well researched book offers a genuinely fresh perspective.' – Tracy Borman, Historic Royal Palaces

You'll be £14.99 closer to your next £10.00 credit when you purchase Cromwell and His Women. What's this?
+£4.50 UK Delivery or free UK delivery if order is over £35
(click here for international delivery rates)

Oliver Cromwell, a pivotal and often contentious character, has long been the focus of many historical works that chart his meteoric rise from middle-aged East Anglian farmer with no previous military experience, to command the army and become one of England's greatest generals. Like him or loathe him, Oliver Cromwell is a giant of English history.

With a deft hand and strong narrative, Whitehead guides us through the remarkable life and career of Oliver Cromwell from a unique perspective. He explores not only the effect the women in Cromwell's life had on him, but how his career in turn dramatically altered their lives. His wife Elizabeth become ‘Her Highness the Lady Protectress’ and his four daughters were treated as princesses before their lives turned upside down at the Restoration. We learn of Cromwell’s close relationship with his mother, who lived with him throughout her long life, and of his deep attachment to Elizabeth, who he married at 22 and without whom it is doubtful he would have achieved all he did.

If you're a beginner in your knowledge of Oliver Cromwell and the Civil War, I really think this book will help you get to grips with what can feel like a complicated and drawn-out period of history.

Besides telling us about these overlooked female personalities Whitehead has given us an exceptionally clear and concise biography of the great man and a short but lucid guide to the religious, political and military turmoil of his time. It is worth reading for this alone.

I love reading anything about women of the past and this book was showing us the english society in the early 1600s, we read about women’s ranks and the parts they played and we do follow the story of Cromwell, which if you’re like me and had literally zero information about him to begin with was quite interesting!

They say that behind every great man is a woman, even if she is rarely seen or known about, especially from such turbulent times as the British civil wars. Cromwell has long been a favourite historical person of mine, I can’t help thinking the UK would have been so different had they not restored the monarchy, but instead allowed Cromwell’s sweeping reforms to take effect. Julian Whitehead’s book concentrates on another side of Cromwell, the women in his life, who undoubtedly influenced him and aided his thought processes. A remarkable, very readable book.

⭐⭐⭐⭐⭐ Intimate portrait of Cromwell and family
This is Mr Whitehead's third foray into seventeenth century Britain, his previous two works detailing espionage, secret service, plots and conspiracies during the English Civil War and the Restoration. As a former intelligence officer, the author is able to give a highly professional account of these subjects. Cromwell And His Women is an altogether different proposition. Here we can see Julian Whitehead writing about a period of history he is clearly passionate about and taking a different perspective from Cromwell the general, or the politician – here we have Cromwell the man. From the first pages, the scene is set – English society in the early 1600s, and the part played by women of every rank is described; and while following Cromwell’s story, the author focuses on Cromwell’s interactions with women throughout his life. For students of the Civil War era, this books, like Whitehead’s previous two, are a must for the bookshelf.