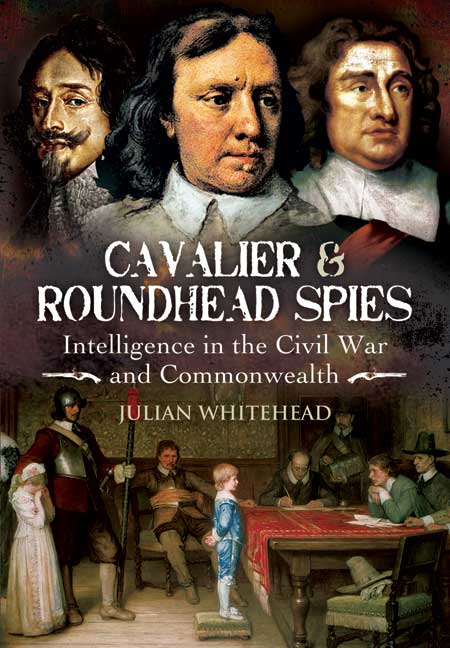 Intelligence in the Civil War & Commonwealth

Add to Basket
Add to Wishlist
You'll be £19.99 closer to your next £10.00 credit when you purchase Cavalier and Roundhead Spies. What's this?
+£4.50 UK Delivery or free UK delivery if order is over £35
(click here for international delivery rates)

The crucial part played by intelligence and espionage techniques - by spying - in Britain during the Civil Wars and the Commonwealth has rarely been studied, yet it is a key to understanding the dangerous politics and the open warfare of those troubled times. In this fascinating and original account, Julian Whitehead traces the rapid development of intelligence techniques during this, one of the most confused and uncertain phases of British history.

This is an intriguing account of the Civil War and Commonwealth period from the military and intelligence perspective.

This book is a fascinating study of a hitherto largely neglected topic by Julian Whitehead.

Excellent book. The author (who was formerly Chief of Staff Intelligence Centre and Deputy Director Security for the Ministry of Defence) brings a very interesting angle to our understanding of the momentous events from the period of civil war right the way through to the restoration. I have not come across any other book in the same league that looks at the increasingly effective systems of gathering and interpreting intelligence and what an extraordinary impact this had on the events of the period. (Also interesting Appendices e.g. Notes on cryptology)

The book contains many insights into the role that military intelligence played in the outcome of battles. The greatest commanders, Fairfax, Cromwell, Prince Rupert and Montrose all relied heavily on information provided by highly mobile scouts who often operated deep inside enemy territory.

The book also encompasses the more overtly political role of information gathering to protect the state and its chief executive officers. The author takes us from a world in which the King and Queen personally encrypted and decrypted sensitive documents to the professionally organised bureaucracy of the Protectorate's John Thurloe. The author is quite in awe of the ability of Thurloe and his deputy Sir Phillip Meadowe to process and analyse such
staggering quantities of data.

In this first edition the text contains a few errors that a good editor should have spotted and removed. No doubt these will be corrected in future editions. These small blemishes do not however prevent the book from being an good read and generally reliable. This is an excellent introduction for those unfamiliar with this topic. Even aficionados and cognoscente will be intrigued by the author's unusual perspective. The appendix on cryptography is a special treat.

If you are interested in ciphers, cryptology and the tools of spying this is the book for you. On the other hand, if you are fascinated by what is behind momentous events, this book is for you.

Whatever your interests, I can thoroughly recommend this as a fascinating read for anyone, be they Royalist or Parliamentarian.

Orders of the Daye