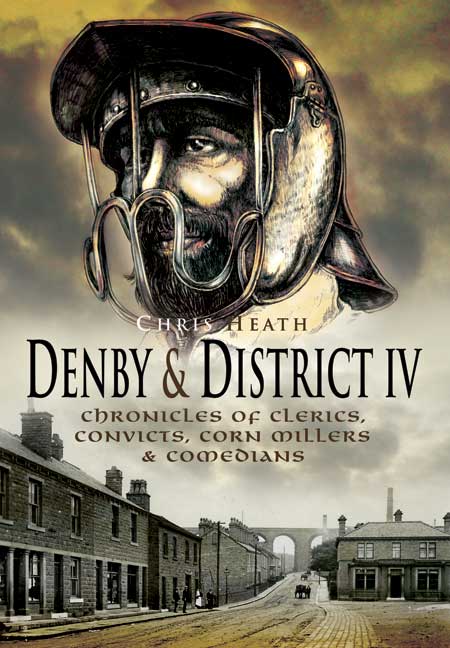 Click here for help on how to download our eBooks
Add to Basket
Add to Wishlist
You'll be £4.99 closer to your next £10.00 credit when you purchase Denby & District IV. What's this?
Need a currency converter? Check XE.com for live rates

What connects the Murder of Maria Marten, the Luddites, Baring’s Bank, the Castlemaine Gold Rush, the Marquiss of Normandy, Knutsford Prison, the Archibishop of York Wentworth Woodhouse, the Earl of Mulgrave, W B Yeats and a Ghost of Denby Dale? They all feature in this fourth addition to the influentialand highly successful series Denby & District. Amongst a wealthof absorbing new research this book features the Green family, corn millers of Denby Dale; Elijah Hinchcliffe, a convicted felon from Cumberworth who was transported to Tasmania for his crimeand the Kelso family of Denby Dale, comedians and travelling music hall artistes. The book also includes a fascinating, in depth analysis of the lives, careers and families of the curates of Upper Denby church, from 1627, which has thrown up a wealth of previously unknown information, made available here for the first time. Illustrated with numerous family trees and well over a hundred never before published photographs, the book is a must for anyone with an interest in the area and continues the high standards and traditions set by previous volumes in the series.