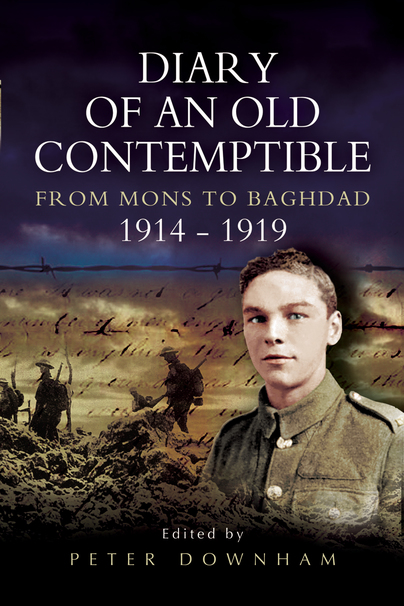 Diary of an Old Contemptible (Hardback)

Add to Basket
Add to Wishlist
You'll be £25.00 closer to your next £10.00 credit when you purchase Diary of an Old Contemptible. What's this?
+£4.50 UK Delivery or free UK delivery if order is over £35
(click here for international delivery rates)

This is a most unusual chronicle of the events of one man during the Great War. A professional soldier at the outbreak, Edward Roe was one of the first to cross over to France in 1914 and as such fought in the early battles of the war and took part in the Retreat from Mons. He was there for the crossing of the Marne and Aisne, the dreadful fighting at Ploegsteert and for the extraordinary events during the first Christmas. Remarkably he witnessed the debacle at Gallipoli and was part of the rear-guard of the Army during the re-embarkation and evacuation of the Peninsula. Thereafter the scene shifts to Mesopotania and the Tigris Corps in the attempt to relieve General Townshend at Kut. Wounded he returned for the final campaign that captured Baghdad.

Peter Downham's editing of this book can only be described as first class.

He has drawn together good quality maps and has made excellent use of various photographic archives to illustrate the diary. The book is very well referenced and shows just how much can be added to a war diary to enhance the understanding and enjoyment of the reader.

This book is a beautifully crafted work and should be part of any Great War Library. It is a book that helps the reader to understand just what the ordinary soldier thought about his lot in the Great War.