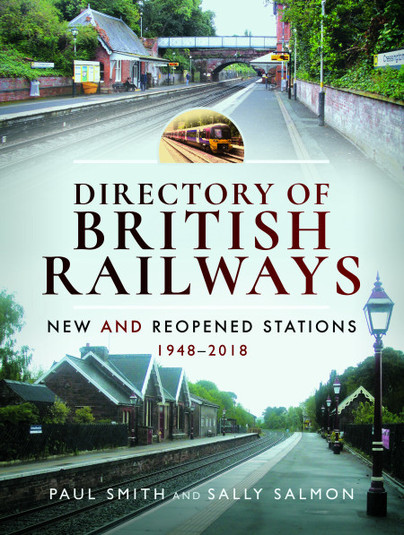 Add to Basket
Add to Wishlist
You'll be £17.50 closer to your next £10.00 credit when you purchase Directory of British Railways - New and Reopened Stations 1948–2018. What's this?
+£4.50 UK Delivery or free UK delivery if order is over £35
(click here for international delivery rates)

Folllowing nationalisation in 1948, British railways closed many branch lines and reduced the number of stations on the network. In January 1978, there were 2,358 and by January 2018 there were 2,560 stations on the network. The object of this book is to record those stations that are re-opened or are new stations to the system. The book gives: locations, facilities, chronology, statistics and passenger usage.

Clearly a huge amount of research, travel and effort has been undertaken to compile the text, and to integrate it with appropriate photographs.

This useful reference work describes all the 200 or so stations opened or re-opened over the last 70 years, with a recent photograph of each and listed alphabetically. Print quality is excellent.

Article: 'How cars have driven a railways comeback' as featured by

Sally Salmon is Paul Smith's step daughter and followed in her mother's footsteps working with Paul to compile books. Sally is a keen photographer.

Paul Smith started writing books in the 1990s, initially about locomotive sheds, but after his wife suffered a serious illness, they started to write books together on the history of motorways, rail depots and football grounds. Since his wife's death Paul has produced books of railways atlases.