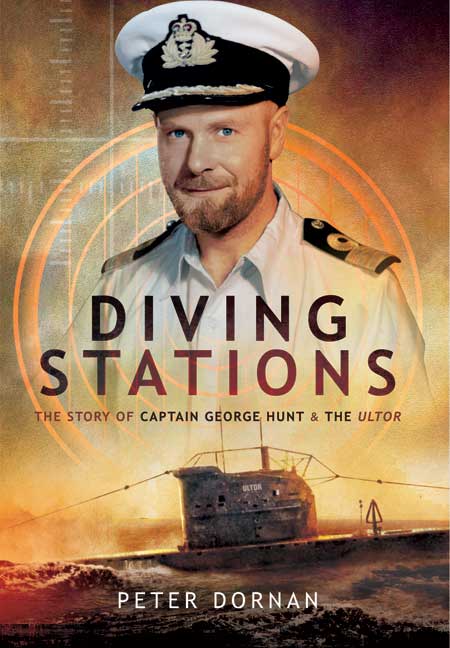 The Story of Captain George Hunt and the Ultor

Add to Basket
Add to Wishlist
You'll be £12.99 closer to your next £10.00 credit when you purchase Diving Stations. What's this?
+£4.50 UK Delivery or free UK delivery if order is over £35
(click here for international delivery rates)

Diving Stations is the inspiring story of Captain George Hunt's career. Born in Uganda and then educated in Glasgow he was determined to join the Navy and at 13 years old he entered HMS Conway.

His pre-war years saw him serving worldwide. In 1939, on the outbreak of war he was already serving in submarines. Over the next six years he was rammed twice, sunk once and had hundred of depth charges dropped around him. He gave more than he got! While in command of the Unity Class Submarine Ultor, mainly in the Mediterranean he and his crew accounted for an astonishing 20 enemy vessels sunk by torpedo and 8 by gunfire as well as damaging another 4 ships. His fifteenth mission was described by the Admiralty as 'unsurpassed in the Annals of the Mediterranean Submarine Flotilla'.

The vast bulk of the book focusses on Hunt's wartime career, and in particular his time as commander of the Ultor, mainly in the Mediterranean, and often in difficult waters. ... One highlight was the sinking of a tanker that was protected by a strong group of anti-submarine warships and that involved passing under the defending ships to get into the right place for an attack.

Gives a vivid insight into the life and experiences of a Royal Navy submarine commander during the Second World War. Recommended.