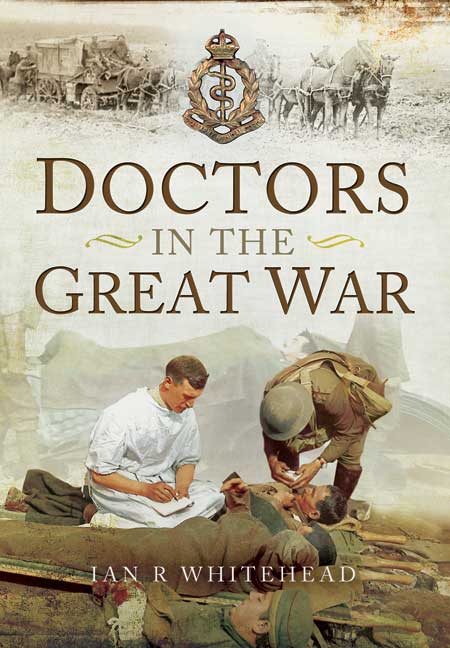 Doctors in the Great War (ePub)

Click here for help on how to download our eBooks
Add to Basket
Add to Wishlist
You'll be £4.99 closer to your next £10.00 credit when you purchase Doctors in the Great War. What's this?
Need a currency converter? Check XE.com for live rates

Doctors played a bigger role in the First World War than in any other previous conflict. This reflected not only the War's unprecedented scale but a growing recognition of the need for proper medical cover. The RAMC had to be expanded to meet the needs of Britain's citizen army. As a result by 1918 some 13,000 doctors were on active service – over half the nation's doctors.

Strangely, historians have largely neglected the work of doctors during the War. Doctors in the Great War brings to light the thoughts and motivations of doctors who served in 1914-1918, by drawing on a wealth of personal experience documentation, as well as official military sources and the medical press. The author examines the impact of the War upon the medical profession and the Army. He looks at the contribution of medical students, and the extent to which new professional opportunities became available to women doctors.

An insight into the breadth of responsibilities undertaken by Medical Officers is given through analysis of the work of various medical units on the Western Front, demonstrating the important role played by doctors in the maintenance of the Army's physical and mental well-being. The differences between civilian and military medicine are discussed with a consideration of the arrangements for the training of doctors, and an assessment of the difficulties faced by doctors in adapting to military priorities and dealing with new challenges such as gas poisoning, infected wounds and shell shock.

Doctors in the Great War will undoubtedly appeal to general readers, students and specialists in the history of war and society, as well as to those with an interest in the medical profession.

As featured in the Derby Telegraph, Dover Express and Kent & Sussex Courier


This book examines the role of the doctor in war, with reference to the Western front 1914-1918. It examines the system that was developed for recruiting medical officers, highlighting the tensions between civil and military needs, and the BMA’s determination to protect the interests of the profession. Separate chapters deal with the position of medical students and the contribution of women doctors. The book looks at the training of doctors for war, and the differences that existed between military and civilian medicine. The Army’s utilization of doctors is assessed in the context of contemporary accusations that its organization was wasteful and ignorant of the requirements of medical science. These issues are addressed through a discussion of evacuation procedures, the development of wound therapy and the provision for preventing and treating the diseases of war.

An engaging & important account of the work of Medical Officers in WW1 - highly recommended.

A very valuable addition to the literature of the Great War.