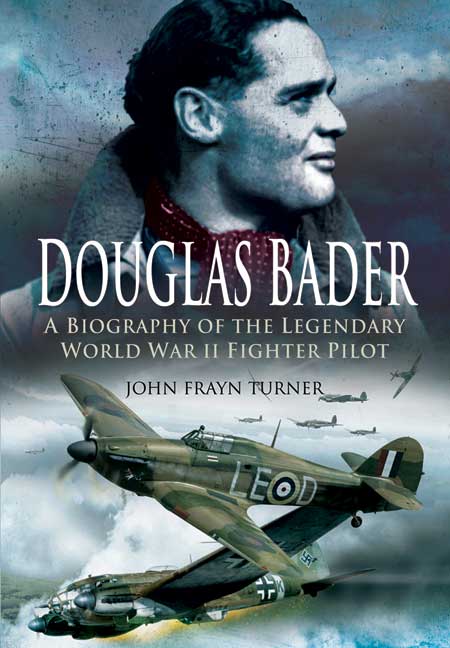 Click here for help on how to download our eBooks
Add to Basket
Add to Wishlist
You'll be £4.99 closer to your next £10.00 credit when you purchase Douglas Bader. What's this?
Need a currency converter? Check XE.com for live rates

There have been many books written on Bader- Amazon suggests at least 15 alternative titles – but I don't think any other biographer had such a close personal relationship with Bader than John Rayne Turner. Within these 252 pages with 21 black and white illustrations is a fitting tribute to this inspirational and courageous leader both in war and peace. You will learn not only of a hero and great tactical leader but also of a sometimes difficult and overbearing person whose strengths outweighed his weaknesses.

'A fitting tribute to a man who didn't understand the meaning of defeat and was an inspiration to millions...if you've never read the story of Douglas Bader, then I can whole-heartedly recommend this biography to you.'