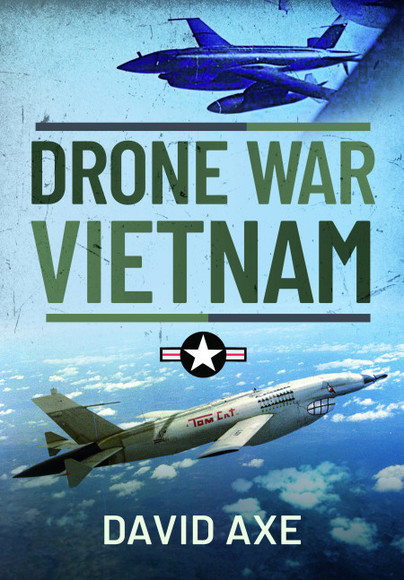 Click here for help on how to download our eBooks
Add to Basket
Add to Wishlist
You'll be £4.99 closer to your next £10.00 credit when you purchase Drone War Vietnam. What's this?
Need a currency converter? Check XE.com for live rates

This title from Pen and Sword provides the reader with a great deal of information that will make the ICM drone releases much more useful. I had not realised that so many different versions were produced and the roles they performed were so varied as well. This book adds a new facet to the hobby for displaying models of these aerial drones performing roles that we knew nothing or little of previously.

I learnt a lot in reading the book about the early development and deployment of drones, and a large number of archive images will interest many, and encourage modellers I suspect. The DC-130 launch aircraft are illustrated, along with the helicopters that recovered the drones on their return, lowered on a parachute. A really interesting addition to the stories of the Vietnam War and work with drones that has gone largely unnoticed. A fascinating read.