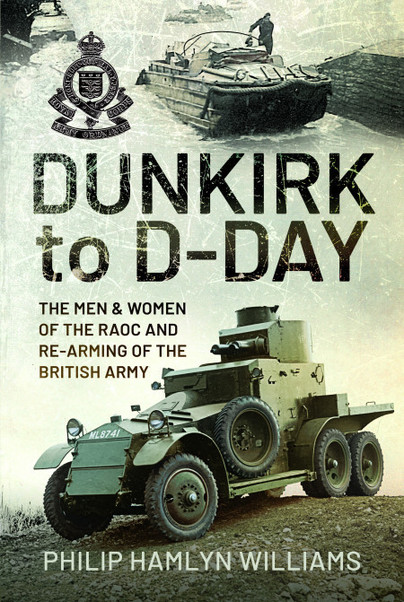 Add to Basket
Add to Wishlist
You'll be £17.50 closer to your next £10.00 credit when you purchase Dunkirk to D-Day. What's this?
+£4.50 UK Delivery or free UK delivery if order is over £35
(click here for international delivery rates)

Order within the next 11 hours, 31 minutes to get your order processed the next working day!

This book is basically a look at the supply of British Troops during World War II, from the disaster at Dunkirk when so much equipment and vehicles were left behind in order to get as many men back to England. What was needed was a group of men and women who would work hard, knew what needed doing and could get the job done correctly and in time. This group consisted of Brigadier Charles de Wolff, Major Gen Bill Williams and his wife (the author’s parents) and General Riddell-Webster to name a few, but probably the leading lights of a great group. Most of the people in this group had vast experience during the Great War, and it was thought and hoped that these people had the ‘knowledge’ of what needed doing and how to get it done. These people who basically ran the RAOC which consisted of 15,000 troops, 3,200 women, 360 officers and 2,000 Italian prisoners of war. This book shows how RAOC worked together as a group and supplied the British army to enable the success of winning. This is a good book, probably not one that would appeal to everyone, but it is my belief that if you want to know a story you have to learn about the background of the story. It’s a good read and one I would more than happily recommend.