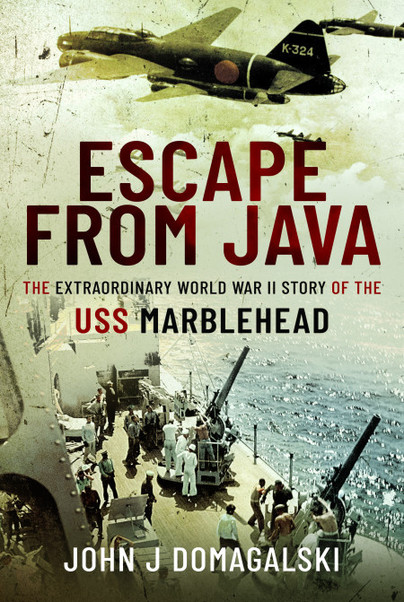 Add to Basket
Add to Wishlist
You'll be £25.00 closer to your next £10.00 credit when you purchase Escape from Java. What's this?
+£4.50 UK Delivery or free UK delivery if order is over £40
(click here for international delivery rates)

...paints an engrossing tale of an obsolescent ship’s survival amid great odds set against the brutal early fighting of the Pacific War. This book will appeal to a wide audience not only as high wartime adventure but simply as a story of gritty perseverance when the odds are heavily against.

"All in all, Escape from Java is a must summer read."

The book is well illustrated on glossy paper running to 256 pages with a good index ,bibliography and comprehensive end notes. JJ Domagalaski has produced a detailed work to appeal to naval historians and the generalist reader, This follows several other naval works and the experience shows in his competent and thorough writing.

A fascinating account of the amazing last days of USS Marblehead....