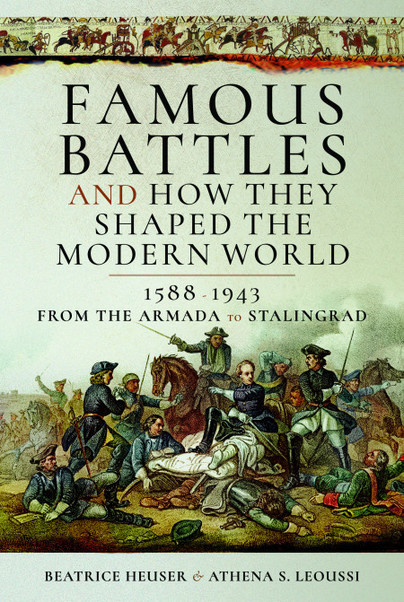 From the Armada to Stalingrad

Click here for help on how to download our eBooks
Add to Basket
Add to Wishlist
You'll be £4.99 closer to your next £10.00 credit when you purchase Famous Battles and How They Shaped the Modern World 1588–1943. What's this?
Need a currency converter? Check XE.com for live rates

The great battles of modern history examined in this second volume range from the defeat of the Armada and the relief of Vienna, to Chatham, Culloden, Waterloo, Gettysburg, the Somme and Stalingrad. In each chapter, the historical events surrounding a battle form the backdrop for multiple later interpretations, which, consciously or unconsciously, carry political agendas, some for further bloodshed and sacrifice, but others for the more recent and laudable phenomenon of reconciliation over the graves of the dead.

Sixteen pages of cartoons, photographs and other illustrations enhance the writers' plunges into how victory or defeat influenced imagination, ideology, narratives and consciousness.