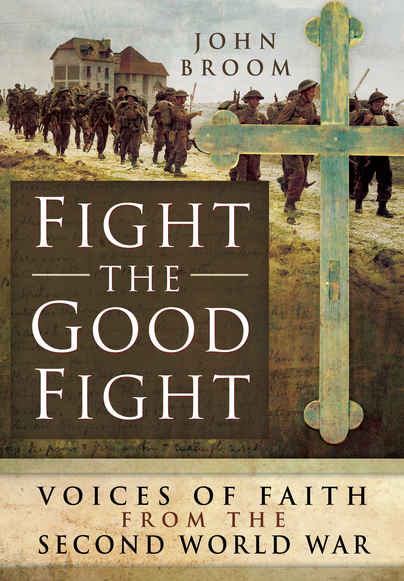 Voices of Faith from the Second World War

As featured in The Star (Sheffield)

You'll be £19.99 closer to your next £10.00 credit when you purchase Fight the Good Fight. What's this?
+£4.50 UK Delivery or free UK delivery if order is over £35
(click here for international delivery rates)

The Second World War challenged many of the concepts that had provided stability and unity in the world. As totalitarian regimes in Europe and Asia attempted to impose their world view on their neighbours, a struggle for what Winston Churchill described as `Christian civilisation’ took place on many fronts. On the home front, on land, on sea and in the air, as well as in the horrific concentration camps of Europe and prisoner of war camps in the Far East, people of a Christian faith found their beliefs challenged. However, for many this challenge provided an affirmation of that faith, as it provided a rock amidst the ever shifting sands of circumstance. This book contains the accounts of twenty such individuals, many drawn from previously unpublished sources. Their testimonies provide evidence that during a time of discord, disruption, dislocation and death, the Christian faith remained a key force in sustaining morale and a willingness to fight the good fight.

Interesting Facts
King George VI called National Days of Prayer during Britain’s darkest days in 1940
Had Michael Benn survived the war, he would have become the 2nd Viscount Stansgate, meaning his brother, Tony, would not have had to fight to renounce his peerage
Bill Frankland avoided near certain death at the Alexandra Hospital Massacre by the toss of a coin
Stanley Warren only found out about the rediscovery of his Changi Murals during a chance work conversation in the 1950s
As a boy, Ken Tout was told by his parents to cross the street to avoid walking past the Catholic church. As a man he was invited to a private audience with Pope John Paul II.

"I am truly impressed... It is a book which needs to be read widely... The chapter which you drew from my experiences is excellent and respects in every detail what I was trying to convey... [it is] well written.... Many thanks for your sensitive handling of my thoughts. You use the printed word with the sensitivity that a heart surgeon handles his instruments"

In Fight the Good Fight, John Broom has collected the accounts of twenty such individuals, many drawn from previously unpublished sources. Their testimonies provide evidence that during a time of discord, disruption, dislocation and death, the Christian faith remained a key force in sustaining morale and a willingness to fight the good fight.

As featured on Recollections of WWII. Read more:
http://recollectionsofwwii.blogspot.co.uk/2016/05/fight-good-fight-voices-of-faith-from.html

John Broom has produced a fascinating compilation of individual stories from the Second World War. Although much neglected by historians, together they serve as a salutary and timely reminder of the religious experience and dimensions of the greatest man-made catastrophe in history. 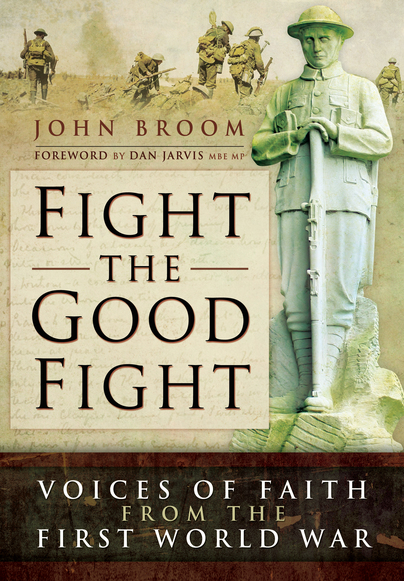 Whilst a toxic mixture of nationalism and militarism tore Europe and the wider world apart from 1914 to 1919, there was one factor that united millions of people across all nations: that of a Christian faith. People interpreted this faith in many different ways. Soldiers marched off to war with ringing endorsements from bishops that they were fighting a Godly crusade, others preached in churches and tribunal hearings that war was fundamentally against the teachings of Christ. Whether Church of England or Nonconformist, Catholic or Presbyterian, German Lutheran or the American Church of Christ…

Click here to buy both titles for £39.98
More titles by John Broom