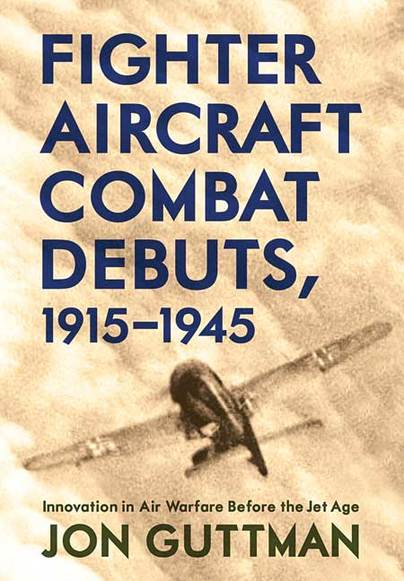 Innovation in Air Warfare Before the Jet Age

Of all military aircraft, fighter planes hold a mystique all their own. Perhaps it is because fighters can afford the least compromise: when the goal is to seize and maintain control of the air, the confrontation is direct. During World War I, the concept of air superiority took hold and in the ensuing decades the development of fighter aircraft became an ongoing back-and-forth battle, with adversaries trying to gain an upper hand through innovations in aerodynamics, powerplants, and armament.

Fighter Aircraft Combat Debuts, 1914–1944: Innovation in Air Warfare Before the Jet Age by prominent aviation expert Jon Guttman explores the first combats for a variety of fighters of World War I, the conflicts of the so-called “interwar years,” and World War II—a thirty-year period that saw the birth of the fighter concept and its maturity on the threshold of the Jet Age. Most of the aircraft described are fairly well known to aviation historians and a few names, such as Sopwith Camel, Fokker
Triplane, Messerschmitt Me-109, Mitsubishi Zero, North American Mustang, and Supermarine Spitfire, are familiar even to the most non-aviation-minded persons. Not so well-known are the circumstances of their combat debuts, in which some, such as the Zero, made their mark almost from the outset, but in which others, like the British Bristol F.2A, showed rather less promise than they would ultimately realize. While a certain amount of space must be devoted to the technical development of these famous fighters, these studies of first combats serve as a
reminder that it is the human factor, with all its special quirks, that inevitably came into play when these deadly flying machines first fired their guns. Profusely illustrated, Fighter Aircraft Combat Debuts is an authoritative history of one of the most enduring subjects in military aviation.