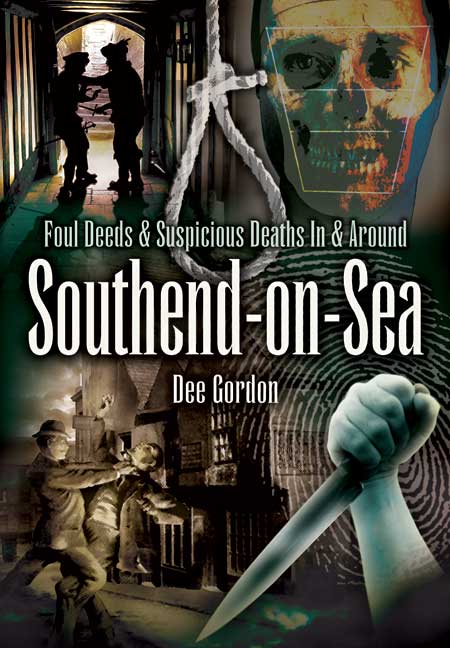 Click here for help on how to download our eBooks
Add to Basket
Add to Wishlist
You'll be £4.99 closer to your next £10.00 credit when you purchase Foul Deeds & Suspicious Deaths in & around Southend-on-Sea. What's this?
Need a currency converter? Check XE.com for live rates

Foul Deeds and Suspicious Deaths In and Around Southend-on-Sea takes the reader on a sinister journey from medieval times to the twentieth century, meeting cut-throats, highwaymen, witches, murderers and suicides along the way. Dee Gordon's chronicle of the dark side of Southend 's long history will be fascinating reading for anyone who is interested in the town's rich but sometimes gruesome past.

She has selected over 20 notorious episodes which give a fascinating insight into criminal acts and the criminal mind. In graphic detail she recalls medieval murders at Leigh Quay and Prittlewell and cases involving murderers, witches, smugglers and robbers from the fifteenth to the eighteenth century. But grievous crimes from more recent times feature too - the Murrell fratricide case, the brutal killing of Florence Dennis, the Watson bungalow murder, the Brown wheelchair murder, Shoebury Garrison deaths, and many more.

The human dramas Dee Gordon describes are often played out in the most commonplace of circumstances, but others are so odd as to be stranger than fiction.