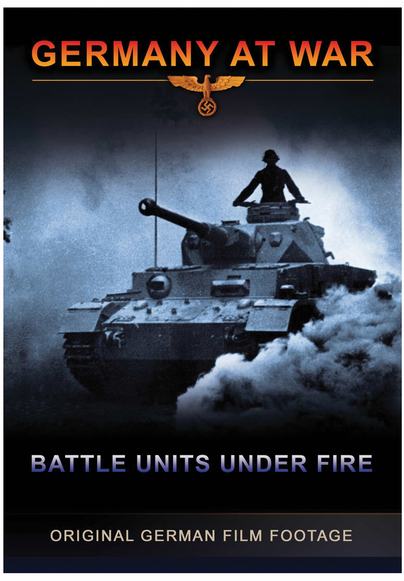 Add to Basket
Add to Wishlist
You'll be £12.99 closer to your next £10.00 credit when you purchase Germany at War - Battle Units Under Fire. What's this?
+£4.50 UK Delivery or free UK delivery if order is over £35
(click here for international delivery rates)

The outcome of the Second World War relied heavily on the design, development and use of tanks, with all nations sporting several types of motorized vehicle and artillery units that each had their own unique and lethal properties. As technology improved on the battlefield, the warring countries found themselves locked in an armament race to inflict maximum damage to the enemy and ensure mechanical dominance in the field.

The wartime battlefields of Europe were populated by countless types of tanks, artillery units, assault guns, tank hunters and Flak regiments; intent on causing devastation to the opposing forces. However, with the introduction of the fearsome German heavy Tiger and King tanks, and the middle weight Panther, the situation changed drastically in the Germans favour. The English and American counterparts, a selection of light and middle weight tanks, faced a new menace that had the ability to decimate them. With the quality and power of the allied tanks severely lacking, they had to produce huge numbers just to compensate the threat.

In Battle Units Under Fire, these glorious machines are shown in action in spectacular fashion using rare, unseen and original footage taken from lost German and allied archives. Accompanied by a selection of bonus films, as well as original picture galleries, this DVD will appeal to all Second World War and military vehicle enthusiasts.