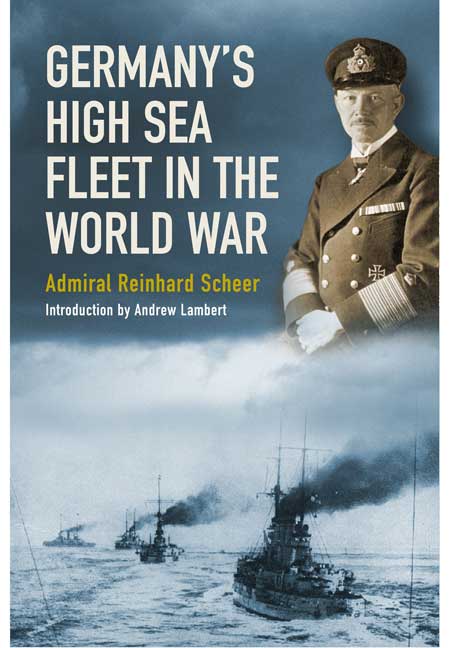 Add to Basket
Add to Wishlist
You'll be £25.00 closer to your next £10.00 credit when you purchase Germany's High Sea Fleet in the World War. What's this?
+£4.50 UK Delivery or free UK delivery if order is over £35
(click here for international delivery rates)

Anglo-German naval rivalry before 1914 had been expected to culminate in a cataclysmic fleet action in the North Sea once war was declared, a battle upon which the outcome of the war would depend: yet the two fleets met only once, at Jutland in 1916, and the battle was far from conclusive.

In his own account of the war in the North Sea, first published in 1920, Admiral Scheer, the German commander at Jutland, gives his own explanation for the failure of either fleet to achieve the decisive victory expected of it, particularly the failure of his own operation plans that resulted in the battle of Jutland.

This book is an invaluable account of one of the most important theatres of the First World War, written by one of its most senior commanders.

Overall this is a very valuable memoir simply because it provides us with Scheer's views of the war, but the details always have to be double checked against less biased accounts.

This volume will be welcomed by all readers interested in the naval dimension of the First World War.

The new introduction by Marcus Faulknor and Andrew Lambert puts the book into its historical context thereby making it an important account of the war in the North Sea from the German perspective while at the same time providing an insight into the attitudes of German naval officers and their influence on the war. Recommended.

For many years Sheer's account has been the definitive German version of the events.

Despite the advantage of the vast amount of information now available on the naval side of the Great War, Scheer's account still provides a thought provoking narrative of their naval plans, policy and operations during the war from the German perspective. It is certainly and interesting book and well worth reading.

The text has translated well and provides a flowing and readable account by one of Germany's most respected Admirals. There is also a very useful introduction by Marcus Falkner and Andrew Lambert.

This is a natural addition to any library of WWI, or naval, history. It is a very valuable insight into how German militarism has, and continues to have a significant affect on Europe.