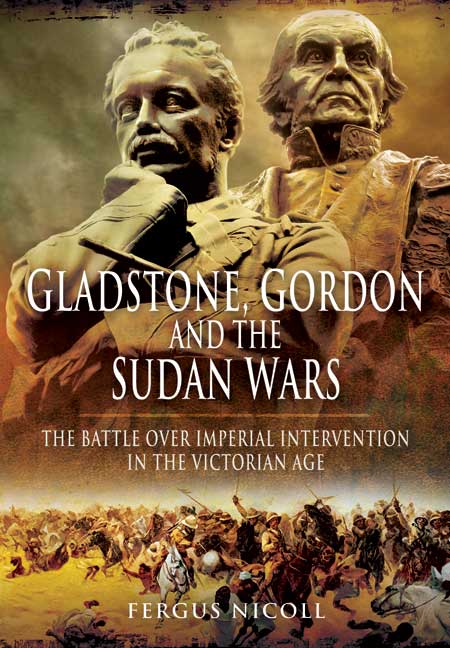 The Battle over Imperial Intervention in the Victorian Age

Add to Basket
Add to Wishlist
You'll be £19.99 closer to your next £10.00 credit when you purchase Gladstone, Gordon and the Sudan Wars. What's this?
+£4.50 UK Delivery or free UK delivery if order is over £40
(click here for international delivery rates)

General Gordon's death in Khartoum on 26 January 1885 – and the fall of the besieged city to the forces of the Mahdi – was a crucial episode in British imperial history. It was deeply controversial at the time, and it still is today. Gordon has routinely been depicted as the hero of the story, in contrast to Prime Minister Gladstone who is often portrayed as the villain of the piece, responsible for a 'policy of drift' in Sudan.

Fergus Nicoll's radical reappraisal, which is based on eyewitness accounts and previously unpublished archive material, refutes the conventional image of both men. Presenting an inside view of Gladstone's thinking and decision-making, Nicoll gives the prime minister credit for his steadfast insistence that Britain should have minimal engagement in and zero responsibility for Sudan. Gordon, who succumbed to a lasting mania that skewed his decision-making and undermined his military capacity, is cast in a more sceptical light. This fascinating insight into British policy in Africa exposes the inner workings of government, the influence of the press and public opinion – and the power of a book to change a government.

Each stage in the rapid sequence of events is reconsidered – Gladstone's steely determination to avoid involvement, Gordon's partial evacuation of Khartoum, the siege, the despatch of the relief expedition that arrived too late, the abandonment of Sudan, and the subsequent political battle over responsibility. The personal cost to both men was great: Gordon lost his life and Gladstone saw his reputation gravely tarnished.

An intriguing exploration of British policy in Africa. The author reveals the inner workings of government, the power of the press and public opinion, and the influence of a book in transforming a government.

Based on painstaking analysis of published and unpublished sources, this book gives an in-depth reconstruction of one key event in British Imperial History.

Clearly explaining the British Policy in Africa, the machinations of the government of the time, and illustrating the powerful influence of the press and public opinion of the day, Nicoll has written an excellent book which deserves a place on any serious reader's bookshelf.

Dr Fergus Nicoll is a well-known journalist and broadcaster who has a long-standing interest in African affairs, in particular in the history of Sudan. After 24 years with the BBC, he now works for the Rift Valley Institute. His publications include The Sword of the Prophet: The Mahdi of Sudan and the Death of General Gordon, Shah Jahan: The Rise and Fall of the Mughal Emperor, and An Index to the Complete Works of al-Imam al-Mahdi.