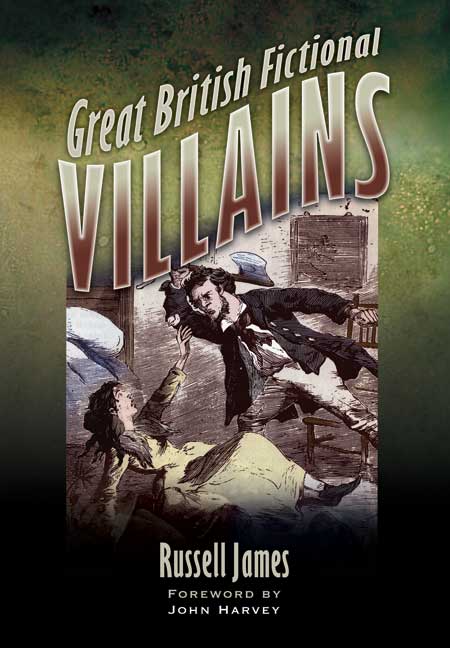 Add to Basket
Add to Wishlist
You'll be £25.00 closer to your next £10.00 credit when you purchase Great British Fictional Villains. What's this?
+£4.50 UK Delivery or free UK delivery if order is over £35
(click here for international delivery rates)

The first full-length study of its type highlighting over 150 fictional villains, many famous through their film and TV adaptations including The Daleks and Cruella De Vil, as well as crime fiction favourites. Using essays to highlight different types of villains and focusing on some of the more famous such as Moriarty and Sweeney Todd. Popular crime fiction writer and former Chairman of the CWA, Russell James celebrates the role of the fictional villains. Illustrations will include original film posters and first edition covers from classic crime fiction and other genres and media.

This is the companion book to Russell's Great British Detectives.

Part of a series of dictionary-style books to include The Dictionary of Animal Stories: from Black Beauty to White Fang by Fiona Shoop (published September 2009)

From science-fiction to children's novels, all manor of fictional villain are explored within this truly interesting celebration of cat burglars, cold-blooded killers, and devilish seducers alike. No fiendish character eludes a mention in this fantastically descriptive and wonderfully illustrated anthology of villainy; from those featured in literary novels and children's literature, to those mentioned in TV shows and films, all is rediscovered. A definitive study of long-forgotten crimes by the likes of Cruella De Vil (101 Dalmatians), Moriarty (Sherlock Holmes), and The Master and Rani (Doctor Who), are sure to make for a keen read in this criminally captivating book.