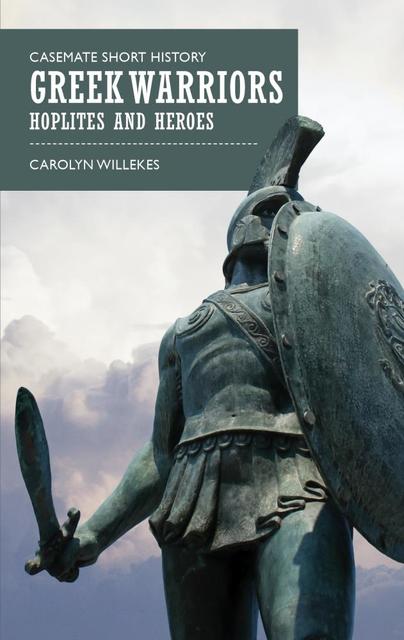 Add to Basket
Add to Wishlist
You'll be £7.99 closer to your next £10.00 credit when you purchase Greek Warriors. What's this?
+£4.50 UK Delivery or free UK delivery if order is over £35
(click here for international delivery rates)

Thermopylae, Marathon: though fought 2,500 years ago in Ancient Greece, the names of these battles are more familiar to many than battles fought in the last half-century, but our concept of the men who fought in these battles may be more a product of Hollywood than Greece.

Shaped by the landscape in which they fought, the warriors of Ancient Greece were mainly heavy infantry. While Bronze Age Greeks fought as individuals, for personal glory, the soldiers of the Classical city states fought as hoplites, armed with long spears and large shields, in an organised formation called the phalanx.

As well as fighting among themselves, notably the thirty-year Peloponnesian War fought between Athens and Sparta and immortalised by Thucydides, the city states came together to fight outside threats. The Persian Wars lasted nearly half a century, and saw the Greek armies come together to fend off several massive Persian forces both on land and at sea._x000D_


This book sketches the change from heroic to hoplite warfare, and discusses the equipment and training of both the citizen soldiers of most Greek cities, and the professional soldiers of Sparta.