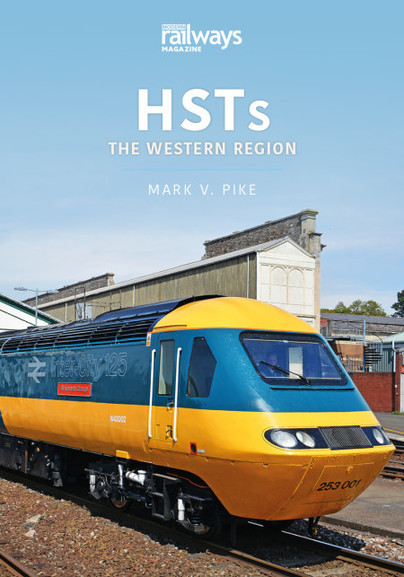 Preorder
Add to Wishlist
You'll be £12.79 closer to your next £10.00 credit when you purchase HSTs: The Western Region. What's this?
+£4.50 UK Delivery or free UK delivery if order is over £35
(click here for international delivery rates)

Although in the late 1970s they were frowned upon by many for replacing a number of loco-hauled services, and indeed locomotives, for 40 years the High-Speed Train (HST) was the mainstay of express services for many train operators in the UK. It was in the former Western Region of British Rail that they first made their mark in service, and they were on duty there from their earliest days until 2019 when, after years of sterling work, they were withdrawn from frontline express duties. Illustrated with over 190 colour photographs, this book looks at the history of many of the power cars that worked in the region and details the varied Western Region locations, some off the beaten track, where they could be seen operating during their four decades of service.

Mark Pike has a lifelong interest in UK railways that started at the age of about six when his father used to take him to watch trains at Poole station in Dorset, just after steam had been abolished in the late 1960s. He later joined the railway at the age of 19 as a permanent way trackman at Bournemouth and was later an electric track maintenance worker at Dorchester for over 20 years. Now semi-retired, he is still an avid railway photographer, with various images appearing regularly in mainstream railway magazines and books.