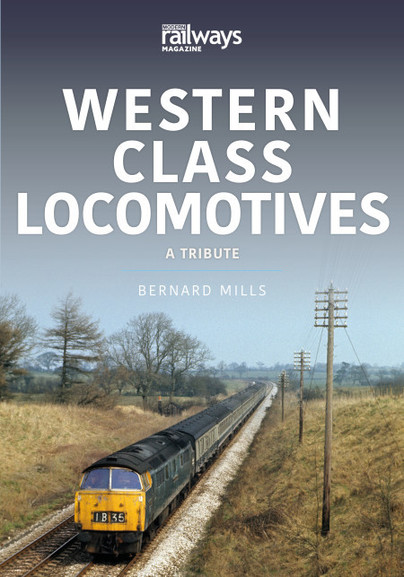 Add to Basket
Add to Wishlist
You'll be £11.99 closer to your next £10.00 credit when you purchase Western Class Locomotives. What's this?
+£4.50 UK Delivery or free UK delivery if order is over £35
(click here for international delivery rates)

Unusually for a large class of locomotives, all Western Class locomotives had the same prefix which gave them a unique identity. Redesignated as Class 52 in the early 1970s, they were essentially designed by and for the Western Region, which saw hydraulic transmission as the way forward in replacing the 4-6-0 steam locomotives that Swindon had produced. However, the rest of British Rail went down the road of electric transmission as the mistakes of the wholesale lunge into dieselisation came to fruition, and when BR opted for a standard policy the Western Region was forced to comply. It was in 1967 that the death warrant for the hydraulics was signed, though it would take more than a decade to finally end the hydraulic era. Illustrated with full-colour photographs of all 74 of the Western Class locomotives, on a variety of workings that illustrate their versatility, this nostalgic volume gives a portrait of a much-loved, but short-lived, class of locomotive.

Some nice photographs in this compact volume.