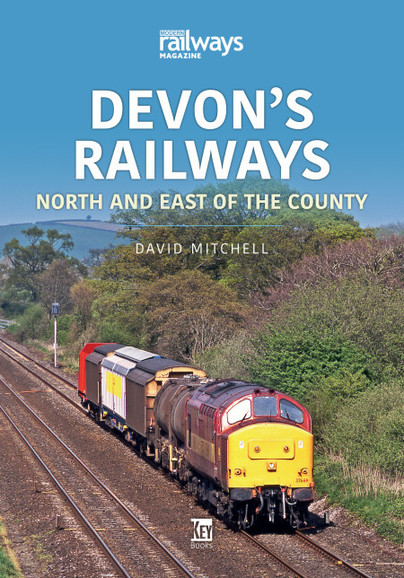 North and East of the County

Preorder
Add to Wishlist
You'll be £12.79 closer to your next £10.00 credit when you purchase Devon's Railways. What's this?
+£4.50 UK Delivery or free UK delivery if order is over £40
(click here for international delivery rates)

This, the first of two volumes covering the railways of Devon, follows the routes of the two main lines that enter the county from the east. Firstly, the former Western Region line is examined as it runs from Whiteball Tunnel in the Blackdown Hills and down along the attractive Culm and Exe Valleys to the county town of Exeter. It then takes the reader over the former Southern Region line from Axminster through rolling countryside to Exeter where the two routes meet. In addition, the book explores the branch lines that are still open in this part of the county; firstly, the one to Exmouth, which runs beside the Exe estuary for half of its length, and then by way of a contrast, the line to Barnstaple, which penetrates the rural heart of Devon to reach the county’s north coast. Finally, a look is taken at the Okehampton branch, which has just been acquired by Network Rail and is about to have its passenger service reinstated.

Illustrated with over 180 colour photographs, only a few of which have been published previously, this volume records many of the changes that have taken place over the last 35 years to both the infrastructure and trains. Coverage is mainly of service trains, but a number of special workings are also included. It depicts some of the older locomotive classes in their final days as well as the traction that provides today’s services.

David Mitchell is a railway enthusiast who boasts a rich and varied selection of images from years past and recent, which would undoubtably be of interest the nostalgia and railway enthusiast and local historians alike. His works include The Railways of Exeter: A Pictorial Celebration, Sixty Years of Preservation on the Talyllyn Railway and Devon's Railways: North and East of the County.