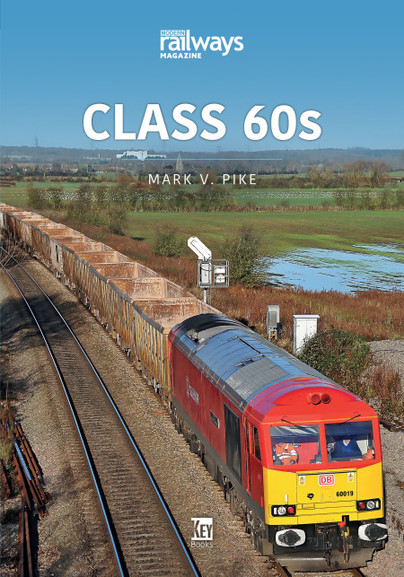 Preorder
Add to Wishlist
You'll be £12.79 closer to your next £10.00 credit when you purchase Class 60s. What's this?
+£4.50 UK Delivery or free UK delivery if order is over £35
(click here for international delivery rates)

The Class 60 was the last truly British-built diesel locomotive design. From 1990, the locomotive was gradually delivered, with 100 in total going to the Railfreight sectors of Metal, Coal, Construction and Petroleum. Their introduction did not go smoothly, however, and they took almost three years to enter service due to various teething troubles. Once these were ironed out, the class became reasonably reliable, and examples of other classes that were getting very tired at the time were progressively withdrawn.

Privatisation saw all the class being sold on to English, Welsh & Scottish Railways and, in 2004, the first Class 60 was withdrawn. Towards the end of the 2000s, almost all of the locos were put into store with a seemingly very bleak future. However, in the early 2010s, a small fleet of the locos received a thorough rebuilding so they could haul DB Schenker’s heaviest trains, and eventually 21 locos were refurbished for them, another ten for Colas Rail and a further four for Devon & Cornwall Railways. This has meant that although the majority of the class is still presently rusting away and unlikely to run again, at least a number of examples will still be visible on the national network for a few more years to come.

Illustrated with over 190 photographs, this volume looks at the Class 60s from their early days through to the end of the 2010s.

Mark Pike has a lifelong interest in UK railways that started at the age of about six when his father used to take him to watch trains at Poole station in Dorset, just after steam had been abolished in the late 1960s. He later joined the railway at the age of 19 as a permanent way trackman at Bournemouth and was later an electric track maintenance worker at Dorchester for over 20 years. Now semi-retired, he is still an avid railway photographer, with various images appearing regularly in mainstream railway magazines and books.