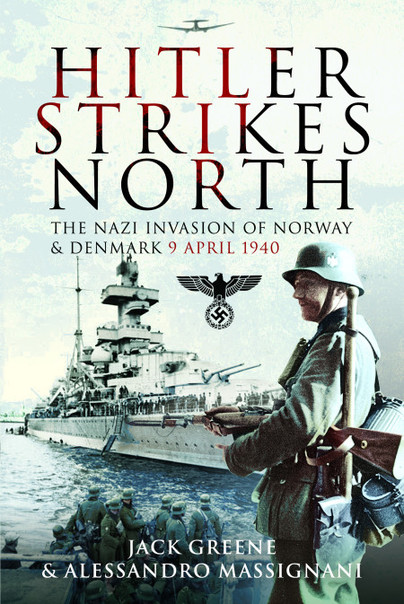 Add to Basket
Add to Wishlist
You'll be £11.89 closer to your next £10.00 credit when you purchase Hitler Strikes North. What's this?
+£4.50 UK Delivery or free UK delivery if order is over £35
(click here for international delivery rates)

In the early hours of 9 April 1940, Adolf Hitler’s forces made their next move of the Second World War, and, striking north, launched their invasion of Denmark and Norway. Ostensibly undertaken as a preventive manoeuvre against a planned, and openly discussed Franco-British plan to occupy Norway, Operation Weserübung has, more than any other campaign of the Second World War, been shrouded in mystery. Strategic political and legal issues were unclear and military issues were dominated by risk.

The German success was the result of improvisation and the application of available forces far beyond the comprehension of their British and Norwegian counterparts. The operation necessitated combining the resources of air force, army and navy. Troops were transported into battle by warship and aircraft, and paratroopers were used for the first time.

This combined arms assault was the first three dimensional strategic invasion in history. In Hitler Strikes North, Jack Greene and Alessandro Massignani detail the course of this ground-breaking invasion, at the same time providing valuable historical and modern lessons about the role of combined arms planning, the strategic demand for resources, and the use of military force.

The book is so extensively referenced via various histories, and primary sources. At the back is an excellent glossary of terms, useful for both the novice and someone more adept with military terms. Alongside this is a timeline which brings out the whole story of via a chronology leading up to war. Overall this is a must have, fantastic account of the invasion of Norway, taking in comprehensive relevant angles.

Is a detailed and well written combat history’
‘Well researched and gives a good analysis’
‘The various naval actions... are particularly well covered.’
‘Although there are many books on this campaign this one is certainly well worth reading.’

Is a detailed and well written combat history.
Well researched and gives a good analysis.
The various naval actions... are particularly well covered.
Although there are many books on this campaign this one is certainly well worth reading.

Drawing on Norwegian, Danish and German sources, Hitler Strikes North is a full and fascinating account of this highly significant campaign and its aftermath both for the course of World War II and the post-war history of the two countries conquered with such unprecedented speed

A fascinating account of this key campaign and its aftermath, highly significant both for the course of WWII and the post-war history of these two countries.

Hitler Strikes North details the course of this ground-breaking invasion and provides historical and modern lessons about the role of combined arms planning.

Hitler Strikes North details the course of this groundbreaking invasion and provides valuable historical and modern lessons about the role of combined arms planning, the strategic demand for resources, and the use of military force.

JACK GREENE has written on a wide range of naval, military and wargaming subjects for magazines including The Mariners’ Mirror. He and ALESSANDRO MASSIGNANI co-authored Rommel’s North Africa Campaign, Ironclads at War 1855-1891 and The Black Prince and the Sea Devils.

ALESSANDRO MASSIGNANI is the author of several books and papers on naval and military topics. 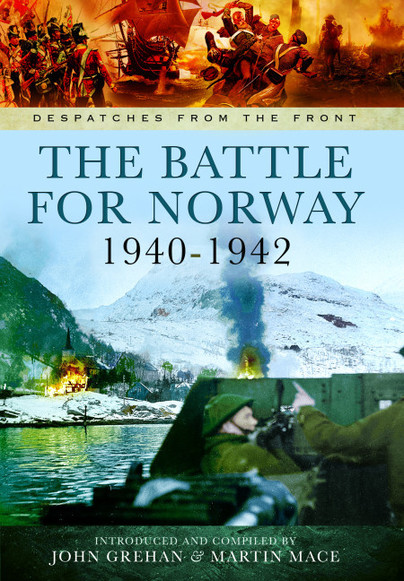 Despatches in this volume include that on the first and second battles of Narvik in 1940; the despatch on operations in central Norway 1940, by Lieutenant General H.R.S. Massy, Commander-in-Chief, North West Expeditionary Force; Despatch on operations in Northern Norway between April and June 1940; the despatch on carrier-borne aircraft attacks on Kirkenes (Norway) and Petsamo (Finland) in 1941, by Admiral Sir John C. Tovey; the despatch on the raid on military and economic objectives in the Lofoten Islands (Norway) in March 1941, by Admiral Sir John C. Tovey, Commander-in-Chief, Home Fleet; and…

Click here to buy both titles for £20.98
Customers who bought this title also bought...
Special Offer