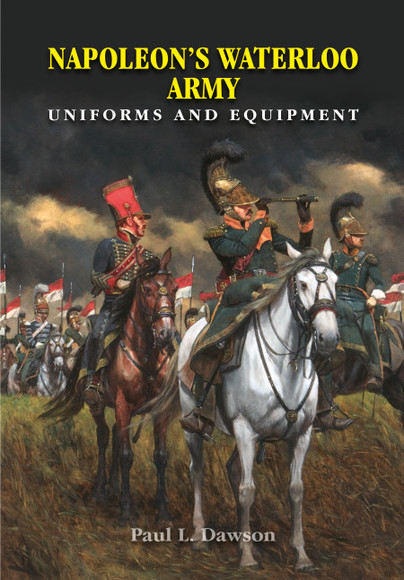 Click here for help on how to download our eBooks
Add to Basket
Add to Wishlist
You'll be £4.99 closer to your next £10.00 credit when you purchase Napoleon's Waterloo Army. What's this?
Need a currency converter? Check XE.com for live rates

There is certainly no shortage of photos of objects, parts of surviving uniforms, helmets, shakos, breastplates, exhibited in various museums around the world, as well as reproductions of paintings (unfortunately often depicting unknown officers) that faithfully portray the uniforms of the time. This therefore provides a volume of absolute value not only for the historian, but also for the reenactor and the uniformology enthusiast, creating a unique book that cannot be missed on the shelves of Napoleonic Wars enthusiasts.

This is extensive as well and makes the book a must have for any military library. If the subject is of any interest to you, this is a must have! What more can I say?