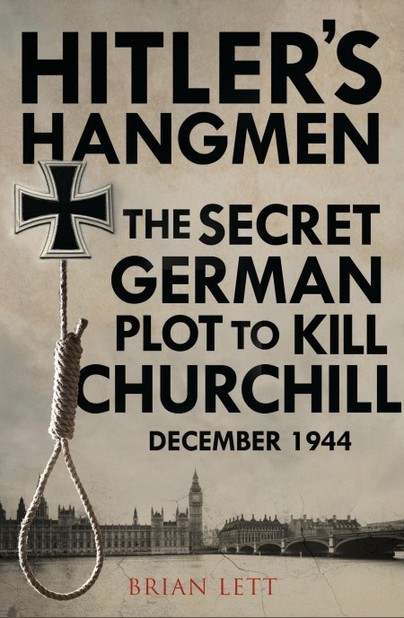 Click here for help on how to download our eBooks
Add to Basket
Add to Wishlist
You'll be £4.99 closer to your next £10.00 credit when you purchase Hitler's Hangmen. What's this?
Need a currency converter? Check XE.com for live rates

Before and after the outbreak of the Second World War, there were a number of sizable Fascist groups active in Britain, all of whom were working towards a violent uprising to overthrow the British government. These groups included The Right Club, led by Captain Jock Ramsay MP, Arnold Leese’s Imperial Fascist League and Sir Oswald Mosley’s British Union of Fascists.


Years of research by retired Queen´s Counsel Brian Lett has led him to present spectacular conclusions about German plans for the UK connected to the German 1944 Ardennes campaign. This book is of special interest both to those into late German plans and fans of exploring WWII places.

Fact can often be stranger than fiction and this new book uncovers the story of British Fascists plotting with German POWs to assassinate Churchill in 1944. The author uncovered the surprising and unknown facts of this attempt by the British Fascists to seize power, take revenge on Churchill and hand WWII victory to Hitler. – Very Highly Recommended.

I must admit to having little knowledge of the fascists in Britain during WW2, and so found quite a few bits of this book, a surprise. Before and after the outbreak of the Second World War, there were a number of sizable Fascist groups active in Britain, all of whom were working towards causing an uprising to get rid of the British government. These groups included The Right Club, Sir Oswald Mosley's British Union of Fascists Arnold Leese's Imperial Fascist League.

Churchill basically had the leaders of the various fascist groups imprisoned during the war, only released towards the end of the war. Their main gripe was with Churchill and were antagonised by his duty to defeat the Nazi’s to whom the fascists supported and adored. Whereas Churchill was willing to deal with dissenters, Chamberlain had not. The book also includes chapters on the POW camps within Britain containing mainly Italian and German troops.

This is a fascinating story and really does show how Britain could have so easily been infiltrated from within, when things could have ended much differently. I won’t say much more as it will give the story away. But for those that like me didn’t know much about fascism in the UK will find it all very intriguing. A good recommended read.

Brian Lett's account of how things unfolded is both astonishing and page-turning, and although I had been aware of various plots to kill Churchill, I was not aware of the extent of involvement of right-wing fascist factions, only that Hitler wanted him and Ike dead. Absolutely enthralling.