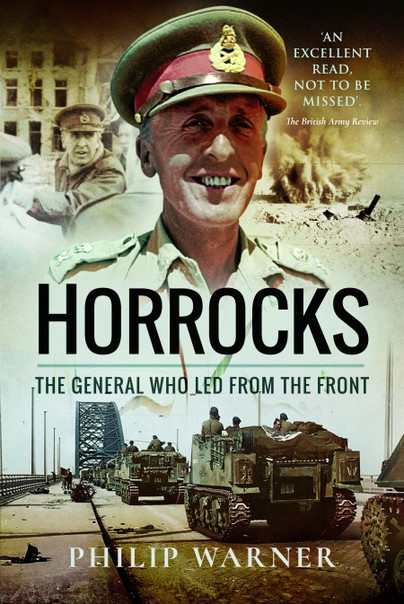 The General who led from the Front

Add to Basket
Add to Wishlist
You'll be £7.79 closer to your next £10.00 credit when you purchase Horrocks. What's this?
+£4.50 UK Delivery or free UK delivery if order is over £35
(click here for international delivery rates)

Lieutenant General Sir Brian Horrocks was a legend in his lifetime. He leapt to fame as a Brigade, Divisional and Corps Commander during the Second World War where his dashing style, good luck and easy manner won him huge respect and great success. He was happiest in the frontline and yet his victories in the field were hard won, be they in North Africa or NW Europe. By 1944 he was commanding 200,000 men of all Allied nations who did not agree on much else but all thought highly of him.

His attributes brought him success in industry, as a TV presenter and as Black Rod, in the Houses of Parliament.

Of a handful of leading military commanders of WWII, Brian Horrocks stood out & was compared to Rommel. This is more than a biography of a major military figure, but a life lesson – Most Highly Recommended.