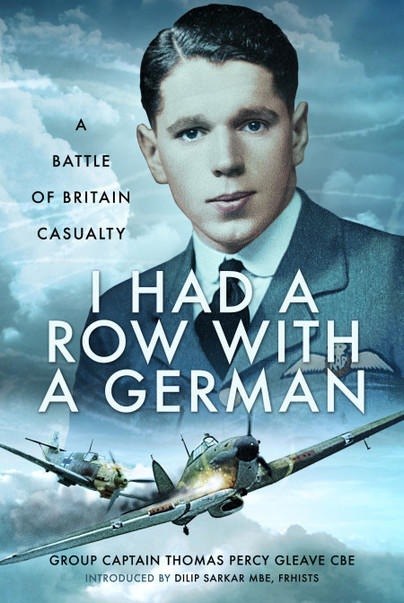 I Had a Row With a German (Hardback)

A Battle of Britain Casualty

Preorder
Add to Wishlist
You'll be £16.00 closer to your next £10.00 credit when you purchase I Had a Row With a German. What's this?
+£4.50 UK Delivery or free UK delivery if order is over £40
(click here for international delivery rates)

Thomas Percy Gleave began his RAF career in 1930, three years later becoming a member of the RAF aerobatic team. He joined Bomber Command on 1 January 1939, but at the outbreak of war Gleave requested a return to Fighter Command. He took command of 253 Squadron just in time for the start of the Battle of Britain, acquiring fame for claiming five Messerschmitt Bf 109s in a single day.

Tom Gleave, however, is remembered more for the misfortune which befell him on 31 August 1940. On that day he was shot down and badly burned when his Hurricane caught fire. In his memoir Tom Gleave tells of the early days of his encounters with the German aircraft in dramatic detail and, particularly of that dreadful day when he escaped his dying aircraft with severe burns to much of his body and his face.

After being taken to Orpington Hospital, Gleave was transferred to Queen Victoria Hospital, East Grinstead where he was one of the first pilots to undergo plastic surgery by Archie, later Sir Archibald, Mclndoe and his brilliant colleague, Percy Jayes.

Gleave received leg and facial grafts, and his nose was reconstructed. The Guinea Pig Club was formed at Queen Victoria Hospital on 20 July 1941, with Mclndoe as President and Gleave as Vice-President and a Founder Member, being the club’s first and only Chief Guinea Pig until his death in 1993.

Originally written in 1941, this moving and graphic story is not one of despair but of overcoming adversity with cheerful determination not to allow circumstances of the past to determine the future. For, despite his terrible wounds, Tom Cleave returned to duty, becoming station commander of RAF Northolt and later RAF Manston. Above all, I Had a Row With a German is a ripping yarn of the cut and thrust of the Battle of Britain by one of Churchill’s memorable ‘Few’.

Having gained his pilot’s licence in 1928, THOMAS PERCY GLEAVE was commissioned into the RAF in 1930. A gifted pilot, by 1933 he was a member of an RAF aerobatic team. On the outbreak of war in 1939, Gleave requested a transfer back into Fighter Command. Shot down in the Battle of Britain, he became a founding member of the Guinea Pig Club. Having a held a number of staff posts, including serving as Eisenhower’s Head of Air Plans at SHAEF in 1944 and 1945, Gleave was invalided out of the RAF in 1953. He passed away in June 1993. 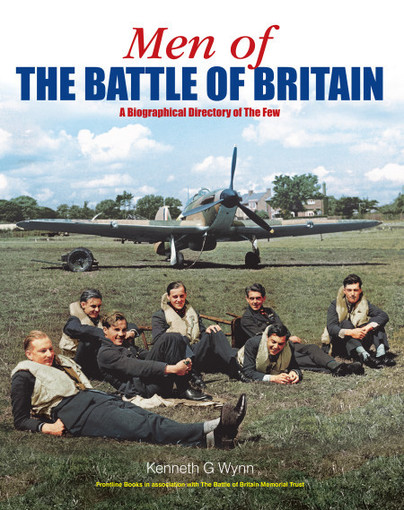 Click here to buy both titles for £52.00
More titles by Dilip Sarkar MBE