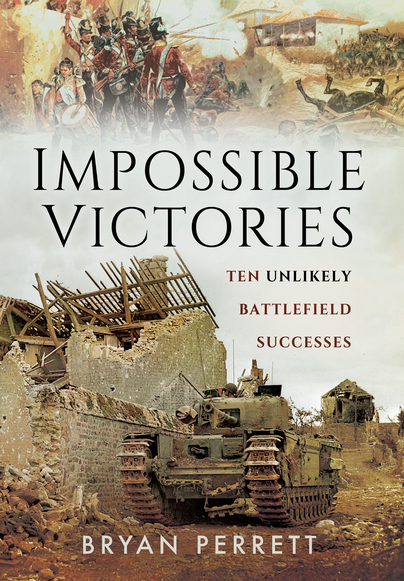 Click here for help on how to download our eBooks
Add to Basket
Add to Wishlist
You'll be £4.99 closer to your next £10.00 credit when you purchase Impossible Victories. What's this?
Need a currency converter? Check XE.com for live rates

Victory on the battlefield is sometimes achieved against the odds – victory snatched from the jaws of apparently inevitable defeat. A daring counter attack, an unexpected manoeuvre, a stubborn refusal to be beaten and the impossible victory is won. In the ten dramatic episodes in this book, military historian Bryan Perrett revisits battles from the Peninsula War of 1811 to Vietnam in 1967, via colonial action in two world wars.