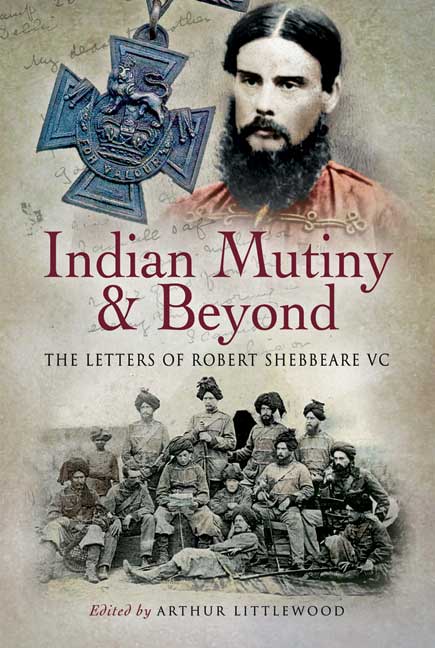 Indian Mutiny and Beyond (ePub)

Click here for help on how to download our eBooks
Add to Basket
Add to Wishlist
You'll be £4.99 closer to your next £10.00 credit when you purchase Indian Mutiny and Beyond. What's this?
Need a currency converter? Check XE.com for live rates

Robert Shebbeare went out as a cadet to India at the age of seventeen and after a spell of ordinary regimental duties, he was caught up in the extraordinary and bloody events of the Indian Mutiny. With fellow officers he managed to escape to Delhi, where he was attached to the Guides, and he took part in most of the action during the long hot summer of 1857. He was wounded six times and was awarded the Victoria Cross for his gallantry during the storming of the city on September 14th. He raised a new regiment, the 15th Punjab, which volunteered for service in China and took part in the advance on Peking in 1860.Tragically, he died en route for England, his family, who had not seen him since he had left 16 years earlier, were all at the quayside to welcome him, unaware that he had been buried at sea. His story is told in his own words from the recently discovered letters which he sent home to his family between 1844-1860. The Editor has provided a commentary that puts the letters into context for the general reader and military historians.

....does an excellent job of increasing interest in the Indian Mutiny and British Military operations in the Far East...