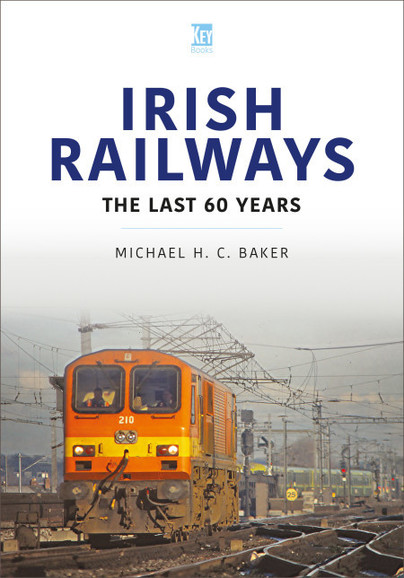 Preorder
Add to Wishlist
You'll be £12.79 closer to your next £10.00 credit when you purchase Irish Railways: The Last Sixty Years. What's this?
+£4.50 UK Delivery or free UK delivery if order is over £40
(click here for international delivery rates)

By the end of the 1950s, steam had already mostly disappeared from passenger work in the Republic of Ireland, yet it lingered on in Northern Ireland. In fact, it lasted longer there than anywhere else on the main line within the British Isles. The products of General Motors came to dominate locomotive-hauled freight and passenger work in the entire 32 Counties, whilst electrification transformed travel in and around Dublin. Preservation has ensured that much of what might have vanished in the way of infrastructure, the iconic narrow gauge and a wonderful variety of locomotives is still there to be enjoyed by both the Irish and visitors from near and far. With over 200 images, this is a visual journey around the Emerald Isle, starting in the 1960s and moving through to modern times, showing the various traction, locomotives and stations that have made Ireland’s railways what they are today.

Michael H C Baker has been travelling in and out of Paddington all of his life. For 31 years, he edited the Echo, the magazine of the Great Western Society, and today he edits North Star, the magazine of STEAM, the museum set in the old GWR works at Swindon. He has had over 50 books published on all sorts of subjects, mostly transport, on people and places, hundreds of articles, for the National Trust, the Times Educational Supplement and many other publications.