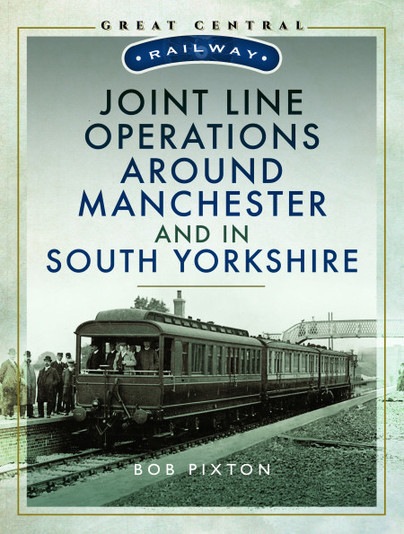 Joint Line Operations around Manchester and in South Yorkshire (Hardback)

Add to Basket
Add to Wishlist
You'll be £30.00 closer to your next £10.00 credit when you purchase Joint Line Operations around Manchester and in South Yorkshire. What's this?
+£4.50 UK Delivery or free UK delivery if order is over £35
(click here for international delivery rates)

Order within the next 8 hours, 59 minutes to get your order processed the next working day!

"There are some attractive photographs, including Great Central-designed locomotives still at work on passenger and freight trains into the 1950s...The comprehensive chapter on the complex Oldham, Ashton & Guide Bridge Junction Railway (OAGB) is usefully introduced with a Railway Clearing House map...Readers interested in signalling will find this book of use...a cohesive, informative and easy to follow guide to an important group of joint lines."

Martin Higginson, The Journal of the Friends of the National Railway Museum Winter 2021 - 2022

"This is a beautifully presented work with some very fine images and is sure to appeal to historians of railways, social history and industry."

This is the third in a series of books looking in detail at the workings of the former Great Central section of the LNER in the Manchester and Sheffield area. The first dealt with the main line workings from Manchester with the second covering similar services around Sheffield. This new volume covers the multitude of joint lines in both areas. In common with the previous books this is extremely well illustrated with very extensive and well researched captions. Many of the images have not been published before and the quality of reproduction throughout is excellent. Areas covered include the Manchester South Junction and Altrincham Railway, the Oldham, Ashton and Guide Bridge Junction Railway and the vast network of joint lines in the Doncaster area. As well as the illustrations there are a good number of maps, signal box diagrams, gradient profiles and timetable extracts. Several of the photographs are of station buildings and signal boxes, all adding to a very comprehensive coverage. This is another excellent production from this prolific publisher and comes highly recommended.