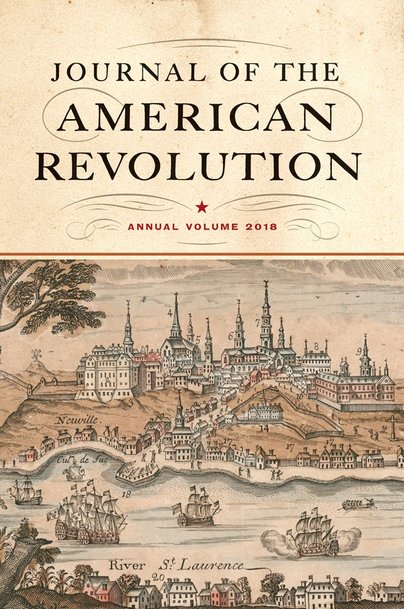 Journal of the American Revolution (Hardback)

Add to Basket
Add to Wishlist
You'll be £29.95 closer to your next £10.00 credit when you purchase Journal of the American Revolution. What's this?
+£4.50 UK Delivery or free UK delivery if order is over £35
(click here for international delivery rates)

The forty-one articles in the 2018 edition include:

Lafayette: An Acerbic Tongue or an Incisive Judge of Character? by Gene Procknow

The “P” is for Profit: Revolutionary War Privateers and the Slave Trade by Michael Thomin

The Remarkable Spanish Pilgrimage of John Adams by John

Thomas Paine, Deism, and the Masonic Fraternity by Shai Afsai

A Fresh Look at Major Patrick Ferguson by Wayne Lynch

Displaced: The Donation People of 1775 by Katie Turner Getty