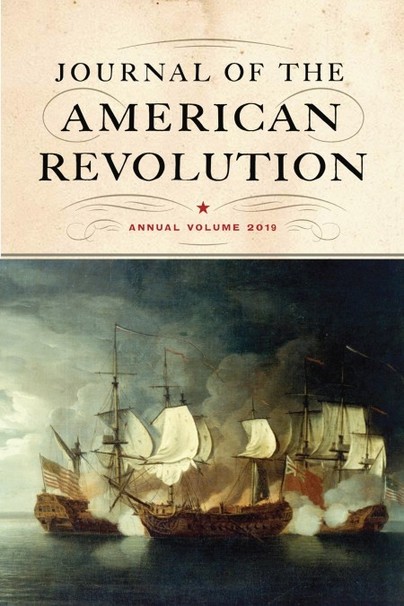 Journal of the American Revolution (Hardback)

Add to Basket
Add to Wishlist
You'll be £29.95 closer to your next £10.00 credit when you purchase Journal of the American Revolution. What's this?
+£4.50 UK Delivery or free UK delivery if order is over £35
(click here for international delivery rates)

The Journal of the American Revolution, Annual Volume 2019, presents the journal’s best historical research and writing over the past calendar year. The volume is designed for institutions, scholars, and enthusiasts to provide a convenient overview of the latest research and scholarship in American Revolution and Founding Era studies. The thirty-eight articles in the 2019 edition include:

Revisiting the Prayer at Valley Forge by Blake McGready

John the Painter: Terrorist for America by Lars Hedbor

Who Picked the Committees at the Constitutional Convention? by David O. Stewart

Elias Hasket Derby: The Privateer Who Pioneered the Russian Trade by Nick Deluca

China and the American Revolution by Simon Hill

Moravians in the Middle: The Gnadenhutten Massacre by Eric Sterner

Slavery Through the Eyes of Revolutionary Generals by Gene Procknow