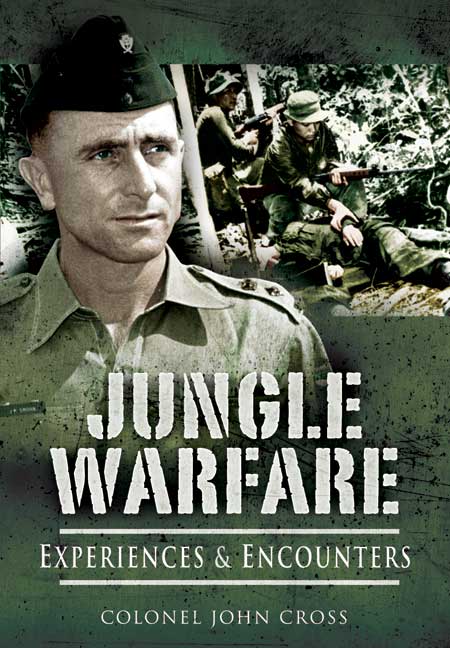 Click here for help on how to download our eBooks
Add to Basket
Add to Wishlist
Get Jungle Warfare (ePub) for FREE when you purchase 2 other eBooks.
Need a currency converter? Check XE.com for live rates

The physical conditions of jungle warfare and the closeness of contact with the enemy pose unique problems and call for special soldiering skills. Colonel John Cross, a life long Gurkha officer, has an unrivalled knowledge of this demanding warfare and uses it to best advantage in this instructive yet personal account of techniques and experiences. He uses examples from British and Japanese sides in the Second World War and goes on to demonstrate how tactics and strategy developed in the Malay, Borneo and Indo-China theatres thereafter. He laces his work with vivid recollections and assessments of friend and foe along with entertaining anecdotes from a wide range of sources. This excellent book offers a perfect blend of factual military history and personal recollection and the reader gains a unique insight into this most challenging form of warfare.