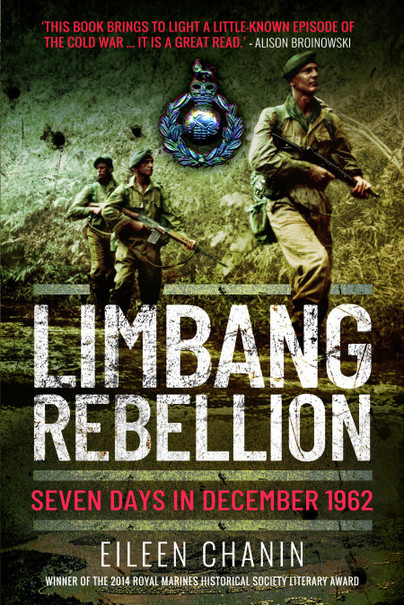 Add to Basket
Add to Wishlist
You'll be £14.99 closer to your next £10.00 credit when you purchase Limbang Rebellion. What's this?
+£4.50 UK Delivery or free UK delivery if order is over £35
(click here for international delivery rates)

Between 8 and 12 December of 1962, world attention focused on a surprise rebel uprising that sprang up in northern Borneo, where hostages were taken and threatened with execution. The small river town of Limbang, administrative centre of the Fifth Division of the British Crown colony of Sarawak, was the pivot of the confrontation that Harold Macmillan told John F. Kennedy was as dangerous a situation in South East Asia as the Western Allies had seen since the Second World War. The Brunei revolt turned out to be the opening act of the diplomatic and military conflict between Indonesia and Malaysia known as Confrontation ('Konfrontasi').

Britain and the Malayan Prime Minister aimed to create a federation of Malaysia by combining the two British colonies in Borneo and the island colony of Singapore with already independent Malaya. Opposition to this came from Brunei Malay politician Sheikh A. M. Azahari. The self-styled Prime Minister of a 'united' northern Borneo mounted an anti-Malaysia insurrection. This uprising became known as the Brunei revolt. An amphibious dawn assault at Limbang on 12 December by L Company of 42 Commando British Royal Marines liberated the hostages whom Azahari's rebel forces were preparing to hang.

The story of Limbang and what it represents has not been fully told until now. While terrifying, Limbang was also a life-affirming experience for those involved and forged life-long bonds. It ends not with the heroic release of the hostages in a commando raid, where British forces faced heavy resistance, but with the impact these events had on the lives of all concerned.