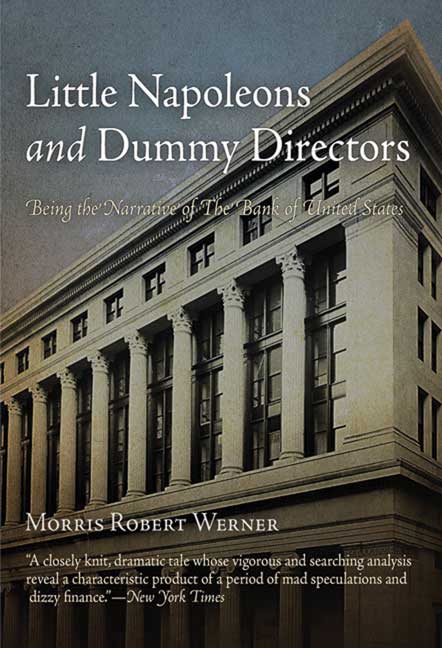 Being the Narrative of the Bank of United States

Add to Basket
Add to Wishlist
You'll be £10.99 closer to your next £10.00 credit when you purchase Little Napoleons and Dummy Directors (1933). What's this?
+£4.50 UK Delivery or free UK delivery if order is over £35
(click here for international delivery rates)

Little Napoleons and Dummy Directors: Being the Narrative of the Bank of United States tells the spectacular story of a major New York bank and its dramatic crash in 1931. Based on the revelations of the ensuing investigation
and trial, the author explains the bank’s origin in 1913 as a modest, safe institution with a reputation for integrity whose character changed rapidly after the death of the bank’s founder in 1928 and takeover by his son. The
story of the bank then careens into a frenzy of expansion and reckless speculation ending with the bank’s shocking decision to close its doors.