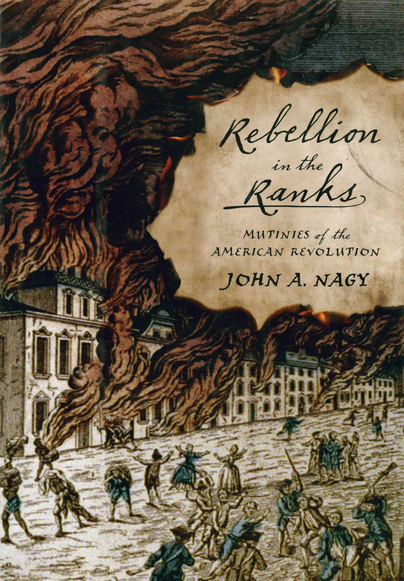 Rebellion in the Ranks (Paperback)

Mutinies of the American Revolution

Add to Basket
Add to Wishlist
You'll be £11.89 closer to your next £10.00 credit when you purchase Rebellion in the Ranks. What's this?
+£4.50 UK Delivery or free UK delivery if order is over £35
(click here for international delivery rates)

One of the most original and valuable contributions to American Revolutionary War history, the author has mined previously ignored British and American primary source documents to correct misconceptions about known events, such as the Pennsylvania Line mutiny, while uncovering for the first time previously unknown mutinies. Covering both British and American mutinies on land and sea, the author demonstrates that it was not a resolve against the enemy that forced soldiers to desert or organize resistance; rather, it was the lack of food, shelter, clothing, and money.

About John A Nagy