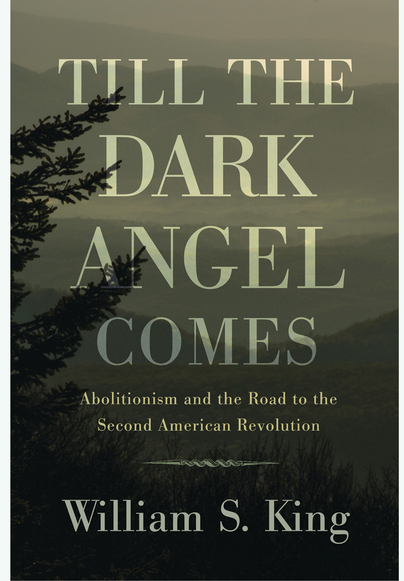 Till the Dark Angel Comes (Hardback)

Abolitionism and the Road to the Second American Revolution

Add to Basket
Add to Wishlist
You'll be £25.00 closer to your next £10.00 credit when you purchase Till the Dark Angel Comes. What's this?
+£4.50 UK Delivery or free UK delivery if order is over £35
(click here for international delivery rates)

Establishing himself as a fresh and important voice in the history of African American emancipation, William S. King provides a critical introduction to the lead-up to the Civil War. A skilled and judicious chronicler, King seamlessly weaves multiple and seemingly disparate threads, including early nineteenth century Revivalism, the emergence of the Republic of Texas, the fugitive slave laws—and even the explosion of a cannon aboard the U.S.S. Princeton in 1844—to explain how the opposition to slavery in America changed from speeches and pamphlets to embracing the reality that slavery could only be erradicated through armed conflict. By tracing this tranformation through the life of John Brown, King provides an entirely new assessment of this enigmatic figure. Characterized as a “mad man” in the wake of his butchering of slave owners in Kansas and inept raid on Harpers Ferry, Virginia, King puts these actions in context to explain the paradox of Brown’s legacy. On one hand he is villified as an unstable threat to American democracy or a fanatical sideshow to the history of the Civil War, while on the other he is an inspiration to the oppressed, a man who garnered the indomintable Harriet Tubman’s unshaken commitment to the righteousness of his endeavor.

Elegantly written with a command of period sources, Till the Dark Angel Comes: Aboltionism and the Road to the Second American Revolution is the story of interracial opposition to slavery, the important debates among free blacks as to their future in America, and the arguments and compromises at the highest levels of government. Here we encounter many personalities of the time, some well known, such as Frederick Douglass, William Lloyd Garrison, and John C. Calhoun, and others less so, but no less important—Martin Delany, Henry Highland Garnet,
and Elijah Lovejoy.