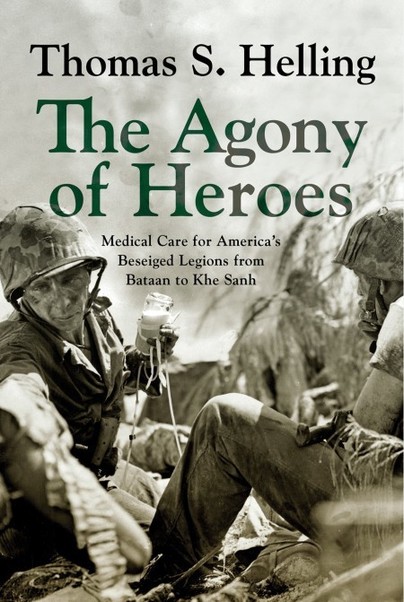 The Agony of Heroes (Hardback)

Add to Basket
Add to Wishlist
You'll be £25.00 closer to your next £10.00 credit when you purchase The Agony of Heroes. What's this?
+£4.50 UK Delivery or free UK delivery if order is over £35
(click here for international delivery rates)

Order within the next 16 minutes to get your order processed the next working day!

• The author, a veteran, is professor and chief of general surgery for the University of Mississippi Medical Center.

• Most readers do not think about what happens to wounded soldiers; this book is as gripping and moving as any great military history, yet it revolves around the immediate care of soldiers who have suffered in combat. All of the medical personnel discussed are often within in yards of the fighting. In many ways, this book provides a much better sense of actual combat than any fighting soldier’s memoir. Here, often in little to no light, often crawling on the ground, doctors try to assess who can be saved amidst the carnage. In some cases, they must attempt to provide medical care with no supplies.

• Nurses, doctors, and corpsmen are all discussed in each battle and how they worked together, living and dying alongside the soldiers they were charged with healing.

• As technology advanced, soldiers who would have died in previous wars were now saved, but as the author reveals through the recollection of doctors, the medical staff were as scarred as the men they had kept alive—were they really doing the soldiers a service? Soldiers who would have to carry on with a disfigured face, without an arm, leg, pissing in a bag, or more?

This is a very powerful book, well written, passionate, and provides the balance—what the actual sacrifices are—to traditional military histories.