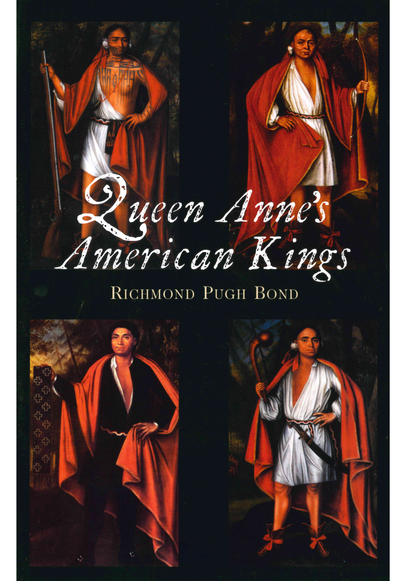 Add to Basket
Add to Wishlist
You'll be £10.99 closer to your next £10.00 credit when you purchase Queen Anne's American Kings. What's this?
+£4.50 UK Delivery or free UK delivery if order is over £35
(click here for international delivery rates)

In 1706, four Iroquois sachems from the province of New York, including King Hendrick and Joseph Brant's grandfather, travelled to London. They came to seek and agreement with the British against the French and their Algonquin allies. While these four Iroquois were not the first American Indians to visit England (Pocahontas had come in 1616), they were the first to be treated as heads of state. The four "American Kings" were feted by society: they saw a performance of Shakespeare's Macbeth, witnessed the "royal sport" of cockfighting, and had a lengthy audience with Queen Anne. The queen was so impressed with the four Indians that she commissioned portraits of each by court painter John Vereslet. These are among the earliest oil paintings of American Indians take from life. The trip was successful and Britain and the Five Nations agreed to assist each other in any future conflict with France and its allies, a relationship that would extent to the American Revolution. In Queen Anne's American Kings, literacy historian Richmond Pugh Bond relates the entire episode using numerous contemporary accounts in order to demonstrate the cultural and political importance of this unique and fascinating event in American and British colonial history.