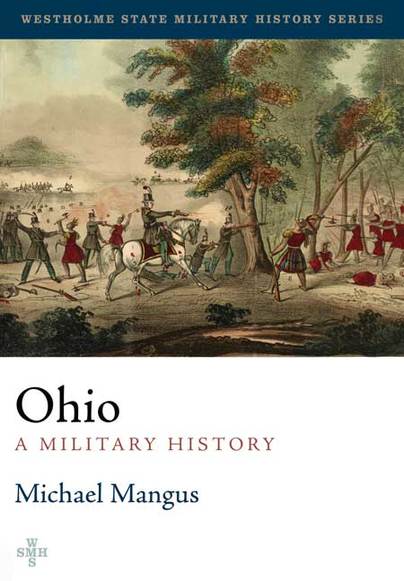 Add to Basket
Add to Wishlist
You'll be £25.00 closer to your next £10.00 credit when you purchase Ohio: A Military History. What's this?
+£4.50 UK Delivery or free UK delivery if order is over £35
(click here for international delivery rates)

In this inaugural volume, historian Michael Mangus traces Ohio's military history from what archaeology reveals about the earliest prehistoric people through Ohio's role in the War on Terror. Ohio: A Military History is the most comprehensive account to date of the state's contributions to the nation's military history.With its
extraordinary natural resources and key waterways, the region that the state of Ohio now includes was a partial reason for three wars involving European powers: the French and Indian War, the American Revolution, and the War of 1812. It was also site to numerous conflicts between Euro-Americans and American Indians in the late eighteenth and early nineteenth centuries. Various American military heroes, including George Rogers Clark, Tecumseh, Ulysses Grant, George Custer, Edward Rickenbacker, Paul Tibbets, Jr., and innumerable others have ties to the state.
Ohio's civilians routinely supported their soldiers in these military conflicts by endorsing bounties to spur recruits, providing funds to families of active-duty soldiers, forming Soldiers' Aid Societies, and serving as nurses on the battlefield. Yet not all of Ohio's people actively supported war, with some of the state's
civilians playing prominent roles in protest efforts, including the most infamous anti-war protest in United States history, the shootings at Kent State University.