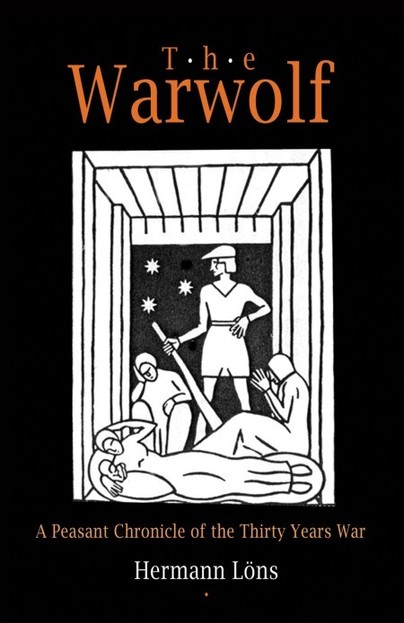 Add to Basket
Add to Wishlist
You'll be £16.99 closer to your next £10.00 credit when you purchase The Warwolf. What's this?
+£4.50 UK Delivery or free UK delivery if order is over £35
(click here for international delivery rates)

The Thirty Years War, fought between 1618 and 1648, was a ruthless struggle for political and religious control of central Europe. Engulfing most of present-day Germany, the war claimed at least ten million lives. The lengthy conflict was particularly hard on the general population, as thousands of undisciplined mercenaries serving Sweden, Spain, France, the Netherlands, and various German principalities, robbed, murdered, and pillaged communities; disease spread out of control and starvation became commonplace.

In The Warwolf, Hermann Löns' acclaimed historical novel, the tragedy and horrors of war in general, and these times in particular are revealed. Based on the author's careful research, The Warwolf traces the life of Harm Wulf, a landowning peasant farmer of the northern German heath who realizes after witnessing the murder of neighbors and family at the hands of marauding troops that he has a choice between compromising his morals or succumbing to inevitable torture and death. Despite his desire for peace, Wulf decides to band with his fellow farmers and live like "wolves," fiercely protecting their isolated communities from all intruders. Löns' brilliant portrayal of the two sides of any person who has faced a moral crisis—in Harm Wulf 's case, whether to kill or be killed—continues to resonate. Originally published in 1910 and still in print in Germany, The Warwolf is now available for the first time in modern English.

ROBERT KVINNESLAND is a past winner of the German Embassy Foreign Language Poetry Award. His translations have appeared in international historical and cultural journals.