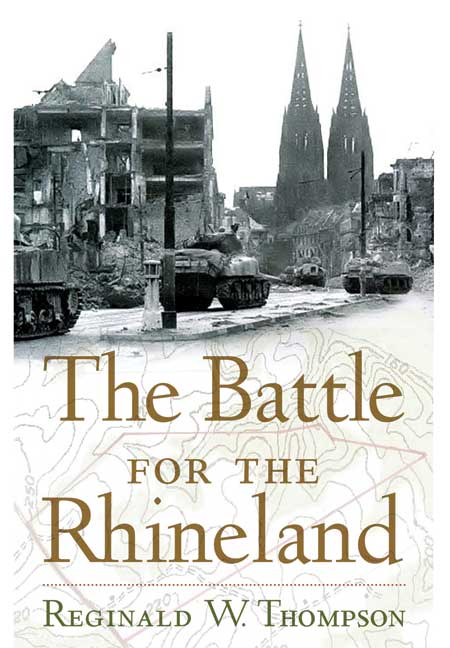 The Battle for the Rhineland (Paperback)

WWII Westholme Battle of the Bulge

Add to Basket
Add to Wishlist
You'll be £12.99 closer to your next £10.00 credit when you purchase The Battle for the Rhineland. What's this?
+£4.50 UK Delivery or free UK delivery if order is over £35
(click here for international delivery rates)

In this fascinating account of the critical final campaign against Nazi Germany on the western front, Reginald W. Thompson focuses on both the command decisions by the British and American generals and the performance
of the enlisted men. During the planning and run-up to what was intended to be a massive joint British and American push across the Rhine River and into the heart of Germany, the Allies encountered unexpected set-backs. Operation Market-Garden, the Allied aerial assault of the Low Countries ended in disaster followed by the stubborn German resistance in the Hürtgen Forest followed by the German surprise counterstrike through the Ardennes in December 1944, the “Battle of the Bulge.” The author begins his account of the complex series of events that shaped how Germany was defeated in the West with the decisions made during the final months of 1944.

"Certainly worth a read."