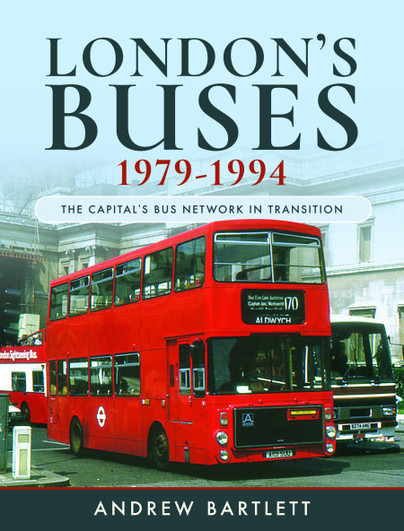 The Capital's Bus Network in Transition

In 1979, fresh from its general election victory, the Conservative government began formulating plans to deregulate bus services and privatise the companies operating them in England, Scotland and Wales. London was not to be excluded, so from the outset, London Buses was broken up into several areas and from 1985, a tendering system was introduced which permitted other operators to bid for the routes. Opposition from the Labour group at the Greater London Council had to be dealt with – eventually achieved by abolishing it in 1986. However, as each subsequent year passed, promises that deregulation was coming were not met. In late 1992, the privatisation timetable was set, and was ultimately completed at the end of 1994. The issue of deregulation never resurfaced.

Copiously illustrated with over 270 photographs, virtually all of which are being published for the first time, this is the story of London Buses over those sixteen tumultuous years. To give greater context to the narrative, annual vehicle acquisition listings show how purchasing policy changed over the period; important route changes, tendering gains and losses and a fleet list for the entire period are also included.