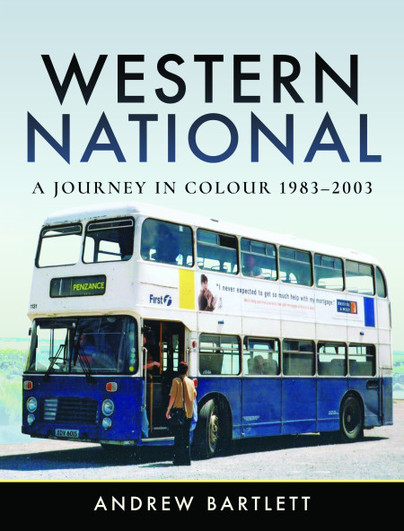 This book covers Western National in the period from 1983-2003, looking at the changes in livery and operation of the company, which was transitioning from a part of the National Bus Company to that of a private operation.

The author has been a prolific photographer of buses for many years, covering many areas of Britain, chasing different types of vehicle and the services they run on.

This book concentrates on Western National, looking at its operations during an interesting period, when liveries were changing and the company's corporate identity was moving on from a nationalised concern to that of a newly privatised group member.

This book is a useful addition to local public transport history.

A jewel for remembrance.

Another good book from Pen & Sword, which whilst not of immediate interest to Railway Modellers, does provide a good historical reference for the ancillary elements of a railway. Recommended.

... the comprehensive captions to the photos give a good feel to the changes which were happening. There is a good range of vehicle types and locations, with some pretty landscapes reminding us that this is a nice part of the country.