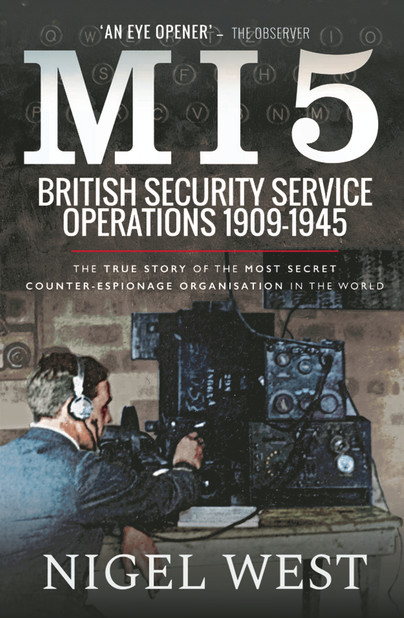 As featured by TIME: MI5 and the FBI Evolved Alongside One Another, But Their Relationship Hasn’t Always Been Constructive

MI5 is arguably the most secret and misunderstood of all the British government departments. Its enigmatic title – much more than its proper name, the Security Service – stands in the public mind for the dark world of the secret services in general. In reality it has a very specific brief: counter-intelligence. Its object is to combat espionage and subversion directed against the UK.

Nigel West’s book traces the history of MI5 clearly and accurately from its modest beginnings in 1909 until 1945, with the main part of the book focussing upon the important role which MI5 played in the Second World War. This includes the story of the sixteen enemy agents who were rounded up in Britain who were either hanged or shot; the manipulation of the Axis espionage networks by the use of ‘turned’ Abwehr agents (the famous Double Cross System), and the all-important check on its success provided by the intercepted German signals so brilliantly decoded at Bletchley; and the various deceptions practised on the German High Command.

The book, which is laced with true anecdotes as bizarre and compulsively readable as any novel, is the fruit of years of painstaking research in the course of which Nigel West has traced and interviewed more than a hundred people who figure prominently in the story: German and Soviet agents, counter-intelligence officers and, most remarkably, more than a dozen of the double agents.

In this new and revised edition, Nigel West details the organisational charts which show the structure of the wartime security apparatus, in what is regarded as the most accurate and informative account ever written of MI5 before and during the Second World War.

Nigel’s West’s account of the early history of MI5 provides as clear a picture of the security service as has been written to date. At some time in the future perhaps the British secret services will open their archives to academic researchers, but until that time, this volume provides a great peek into the operations of MI5 from its origins to the end of World War II. Hopefully the next volume will give us some insights into the battle MI5 fought against communism throughout the Cold War.

This is a most readable book which we recommend to all levels of interest.

Author article: MI5 and the FBI Evolved Alongside One Another, But Their Relationship Hasn’t Always Been Constructive as featured by

This is a very comprehensive account of MI5's actions during the period indicated. While not a subject I have any real knowledge of, it seems well researched and accurate.

With this book, West also fills in a lot of gaps in my own knowledge making this a useful history volume.

The volume recounts many specific operations of the service, including the double-cross system and the pursuit of Abwehr spies. Nigel West is a prolific author on intelligence and security issues and a former member of parliament.

Famed intelligence expert, Nigel West has written what has to be one of the best histories of the early years of Mi5. Drawing on source material and former spies (spooks), what we get is an excellent view of what the service was and is about. Just reading where West gained some of his source material is like a who’s who of people and places that have used the service in the past... This is an excellent history from which we learn about one of the most secretive arms of the government. If you want to know about how intelligence works then this book is an absolute must.

Some have suggested that the author is the unofficial historian for the British intelligence services, a murky world where nothing is as it seems. This is the most comprehensive and insightful history of British Counter-intelligence from 1909 to 1945 – Most Highly Recommended

And for anyone who loves James Bond and Spooks, Nigel's fantastic history of MI5 from its inception through to the present day is the perfect celebration of Britain's secret service and the role it played in both wars and subsequently through to the cold war, which appears to reared its ugly head once more. Thrilling and captivating. 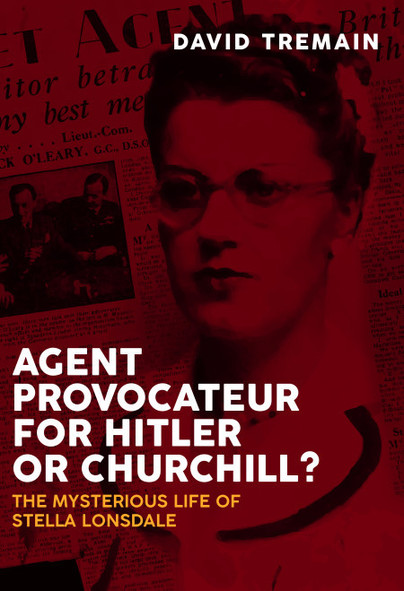 Agent Provocateur for Hitler or Churchill? The Mysterious Life of Stella Lonsdale (Hardback)

There have been many remarkable women who served British Intelligence during the Second World War. One whose dubious claim to have worked for them is a fascinating tale involving three marriages – the first, to a spurious White Russian prince; the second to a playboy-turned-criminal involved in a major jewellery robbery in the heart of London’s Mayfair in the late 1930s. After the war she became romantically involved with a well-known British Fascist, but finally married another notorious criminal whom she had met earlier during the war. The descriptions variously ascribed to her ranged from…

Click here to buy both titles for £37.50
More titles by Nigel West
Preorder