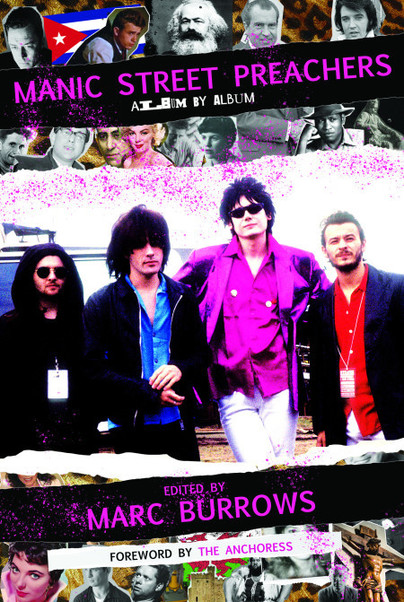 Add to Basket
Add to Wishlist
You'll be £20.00 closer to your next £10.00 credit when you purchase Manic Street Preachers: Album by Album. What's this?
+£4.50 UK Delivery or free UK delivery if order is over £40
(click here for international delivery rates)

A really interesting and insightful read for anyone who is a fan or casual listener of Manic Street Preachers. As a huge fan of the band myself, I thought this brilliantly covered the timeline of the band and felt really personal.

A book for true fans of the band. This is a very detailed account and gives a whole new insight into the work of the Manic Street Preachers.

Marc Burrows is a music critic, author and occasional comedian. His biography The Magic of Terry Pratchett won the 2021 Locus Award for Best Non-Fiction, and he writes regularly for The Guardian, Observer, Quietus and Hey U Guys about music, film and pop culture. He plays bass in the cult Victorian punk band The Men That Will Not Be Blamed For Nothing, and lives in North London with his wife, the poet and author Nicoletta Wylde and a small black cat called Princess. He also has two tropical fish, who he suspects might be psychopaths.